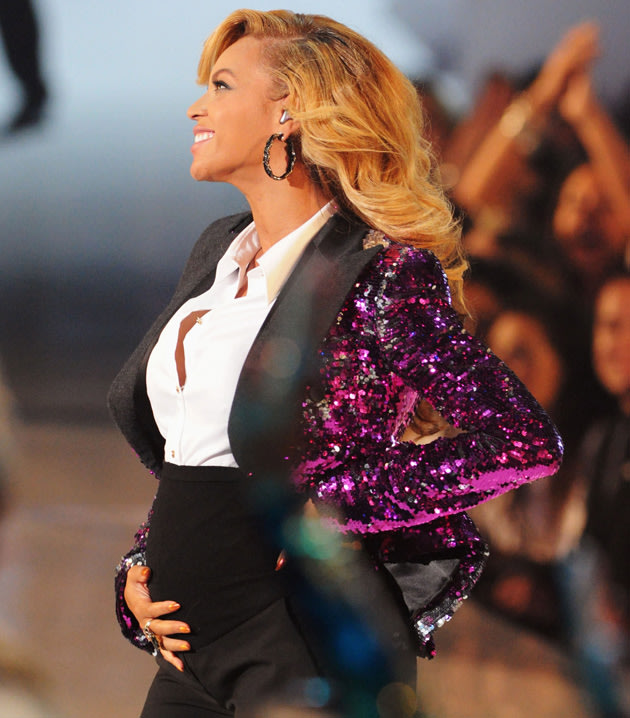 We are SO excited that Beyonce and Jay-Z are expecting their first child together!

The singer announced the news at the MTV Video Music Awards last night, telling the press on the red carpet: "I have a surprise."

She held her baby bump, which was prominent under her orange Lanvin gown.

The 29-year-old also performed on stage, changing into a glitzy purple blazer and black trousers by Dolce & Gabbana, and telling the crowd: "I want you to feel the love that's growing inside of me."

She met the standing ovation after her performance of 'Love On Top' by ripping open her jacket and rubbing her belly.

Jay-Z was shown proudly grinning in the audience, and his good friend Kanye West look ecstatic.

Bey has been talking about babies for the last couple of months.

She also chatted about children in the September issue of InStyle US, saying: "Now I'm a woman, and because I gave it my all, I can focus on my marriage. I can decide I want to have kids. I can be the mother I want to be and dedicate myself to my children."

We've been asking our Twitter followers if they think the baby will be a boy or girl, and if we can expect a normal name or a more unusual choice like Harper Seven and Bingham. What do you think?

Big congratulations to Beyonce and Jay-Z on their exciting news! 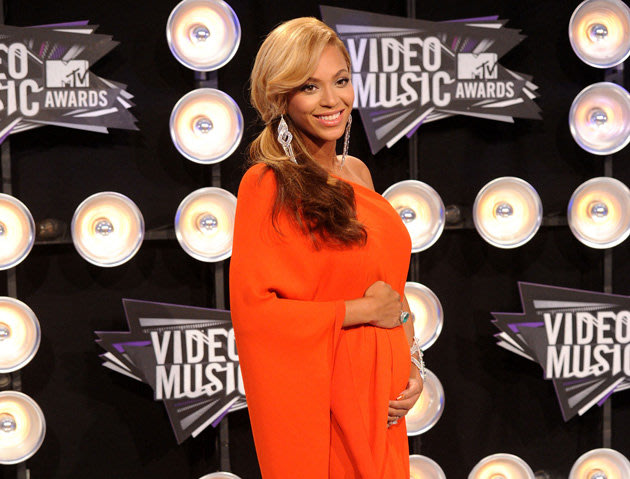