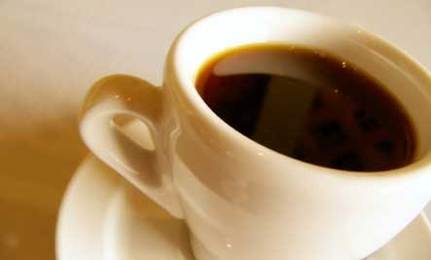 For many of us, a morning without coffee or tea is a like the proverbial day without sunshine. For me, much of it is about the ritual. OK, who am I kidding? It’s about the caffeine. Mmm, I love caffeine -- that naturally occurring alkaloid found in the leaves, seeds, and fruits of more than 63 plant species worldwide. But at what risk do I indulge in my morning coffee and afternoon espresso?

Caffeine is most famous for its role as a stimulant and its ability to delay fatigue. I clearly get a boost of energy and clarity, as had been scientifically proven. But caffeine has also acquired a bad-boy reputation -- an unfair one, perhaps? Extensive studies into its safety show that there are still many misconceptions about caffeine. Allow me to tackle some of the myths surrounding my beloved alkaloid.

Myth No. 1: Caffeine is addictive
Reality: Well, this depends on what you consider “addictive.” Caffeine is a stimulant to the central nervous system, and regular use of caffeine might cause mild physical dependence–but caffeine doesn’t affect your life the way addictive drugs do, and thus most experts don’t consider caffeine dependence an addiction, per se. When regular caffeine consumption is quickly halted, some of us experience symptoms that last from one to several days–this can be avoided if caffeine consumption is reduced slowly.

If you’ve tried to stop cold turkey, you may have experienced one of these symptoms:

Myth No. 2: Caffeine causes insomnia
Reality: It depends. The human body absorbs caffeine quickly, but it also flushes it quickly. Processed mainly through the liver, caffeine has a relatively short half-life. On average, it takes four to five hours to rid half of the consumed caffeine from your body -- after another five hours 75 percent of it is eliminated. Unless you are very sensitive, a morning cup or two shouldn’t affect your sleep.

But if you have a quick latte at the 3:00 p.m. slump or an espresso after dinner, you may be counting sheep for a lot longer than you’re comfortable with. Your sleep shouldn’t be affected if you steer clear of caffeine for at least six hours before bedtime. Your sensitivity may vary, though, depending on your metabolism and the amount of caffeine you regularly consume.

Myth No. 3: Caffeine increases risk for osteoporosis, heart disease, and cancer
Reality: Moderate amounts of caffeine -- about 300 milligrams, roughly three cups of coffee -- apparently cause no harm in most healthy adults. Although some people are more sensitive to its effects, including older people and those with high blood pressure. Here are the facts by condition.

Osteoporosis: At high levels (more than 744 milligrams per day, around seven or eight cups of coffee), caffeine may increase calcium and magnesium loss in urine. But recent studies suggest it does not increase your risk for bone loss, especially if you get enough calcium. You can offset the calcium lost from drinking one cup of coffee by adding just two tablespoons of milk. However, research does show some links between caffeine and hip fracture risk in older adults. Older adults may be more sensitive to the effects of caffeine on calcium metabolism. If you’re an older woman, discuss with your doctor whether you should limit your daily caffeine intake to 300 milligrams or less.

Heart disease: According to the Harvard Nurses’ Health Study, caffeine consumption does not increase the risk of cardiovascular disease and does not raise cholesterol levels or cause irregular heartbeat. A slight, temporary rise in heart rate and blood pressure is common in those who are sensitive to caffeine -- but the rise is minimal and comparative to normal activity like walking up stairs. That said, if you have high blood pressure, talk to your doctor about caffeine intake as some people may be more sensitive to its effects. Also, more research is needed to tell whether caffeine increases the risk for stroke in people with high blood pressure.

Cancer: According to The New York Times, scientists conducting an international review of 66 studies found coffee drinking had "little if any effect on the risk of developing pancreatic or kidney cancer. In fact, another review suggested that compared with people who do not drink coffee, those who do have half the risk of developing liver cancer." And a study of 59,000 women in Sweden (the country with the highest coffee consumption per capita in the world) found no connection between caffeine consumption and breast cancer.

Myth No. 4: Pregnant women or those trying to get pregnant should avoid caffeine
Reality: I don’t know -- it seemed natural for me to avoid caffeine both times I was pregnant, but a study conducted at State University of New York and another study published in the journal Epidemiology looked at the effects of caffeine-containing beverages on reproductive factors, and the results suggests that moderate caffeine consumption is safe. However, one study found that women who consumed the caffeine equivalent of five or more cups of coffee per day were more than twice as likely to miscarry as those who consumed less caffeine or no caffeine at all, suggesting that “drinking very large amounts of coffee or other caffeine-containing beverages may increase a pregnant woman’s miscarriage risk,” said Mark Klebanoff, M.D., Director of NICHD’s Division of Epidemiology, Statistics, and Prevention Research. “However, serum levels of paraxanthine that are usually seen among women consuming only about two or three cups of coffee a day do not appear to increase this risk.”

Questions remain about the effects of high doses of caffeine and it is wise for pregnant women to practice moderation (less than 200mg per day). The Food and Drug Administration’s advice? “Pregnant women should avoid caffeine-containing foods and drugs, if possible, or consume them only sparingly.”

Myth No. 5: Caffeine is bad for kids
Reality: Ack -- The Journal of Pediatrics published a survey showing that in the U.S., 5- to 7-year-old children drank approximately 52 mg of caffeine daily and 8- to 12-year-old children drank 109 mg daily. In general, kids have the same ability to process caffeine that adults do. A study by A. Leviton published in Clinical Pediatrics suggests that caffeine-containing drinks and foods -- consumed in moderation -- have no detectable effects on hyperactivity or attention span of children. However, in sensitive children, higher doses of caffeine, may cause temporary effects such as excitability, irritability, reduced sleep, or anxiety.

But really, in my opinion, kids have their entire lives to be (non-) addicted to caffeine. Even if studies do suggest that up to 300mg of caffeine daily is safe for kids, the vehicles by which they are consuming it (sodas and energy drinks) are undeniably unhealthy.

Myth No. 6: Caffeine can knock out the alcohol
Reality: Such a cliche -- a cup of coffee will erase the martini before, wine with, and the cognac after dinner. What research actually suggests is that people only think caffeine will help them sober up. Alcohol can be very clever that way. People who drink caffeine along with alcohol think they’re fine behind the wheel, when actually reaction time and judgment are still impaired. In fact, college kids who drink both alcohol and caffeine are actually more likely to have car accidents. According to Thomas Gould, PhD, of Temple University, ”The myth about coffee’s sobering powers is particularly important to debunk because the co-use of caffeine and alcohol could actually lead to poor decisions with disastrous outcomes.”

Myth No. 7: Caffeine has no health benefits
Reality: I can tell you right now, based on personal experience, that caffeine improves alertness, concentration, energy, clear-headedness, and feelings of sociability. Brain-fog be gone! Scientific research at John Hopkins School of Medicine in Baltimore and Harvard support these subjective experiences -- and have shown that caffeine may also improve memory and logical reasoning. A French study showed a slower decline in cognitive ability among women who consumed caffeine: “Caffeine is a psychostimulant which appears to reduce cognitive decline in women,” said study author Karen Ritchie, PhD, of INSERM, the French National Institute for Health and Medical Research, in Montpellier, France.

Caffeine-containing beverages have been in the headlines lately for their high level of antioxidants, which appear to promote heart health and cancer prevention. Other recent reports suggest (although not yet conclusively) that caffeine may be useful in treating allergic reactions due to its ability to reduce the concentration of histamines, the substances that cause the body to respond to an allergy-causing substance. More research is need in this area before conclusions can be drawn however. Limited evidence suggests caffeine may also reduce the risk of the following: Parkinson’s disease, liver disease, colorectal cancer, and type 2 diabetes. 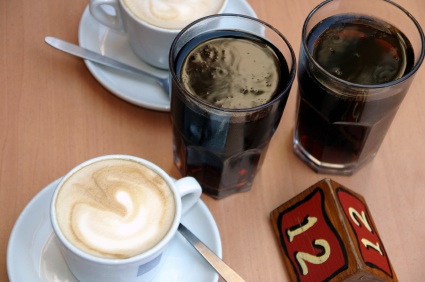 As with everything, moderation is the key. But what is a moderate intake of caffeine for an adult? About 300 mg a day.