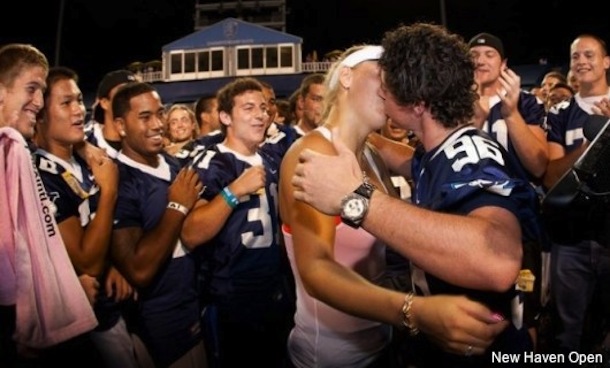 ... K-I-S-S-I-N-G. Well, technically it wasn't in a tree, it on a tennis court in front of the Yale football team and thousands of fans who watched Wozniacki advance to the finals of the New Haven Open. That doesn't rhyme as well though.

Golf's reigning U.S. Open champion gave his new girlfriend a kiss on Friday night that must have had some good luck; the 21-year-old Dane went out the next day and won her first tournament since she and the Nothern Irish star began dating after Wimbledon.

That is the happiest I've ever seen a group of guys over a kiss involving other people. I've looked at wedding photos where the groomsmen have less of a smile than the Yale football players have plastered on their faces in this shot. 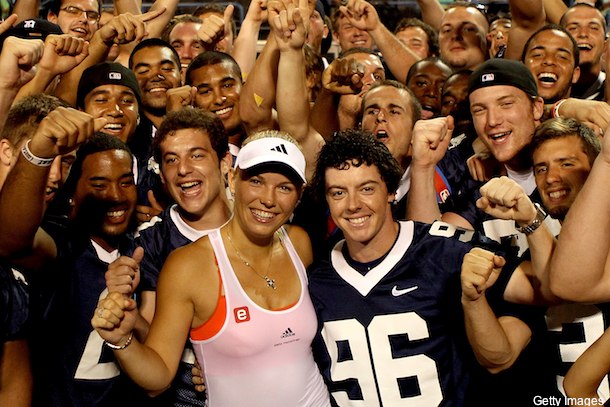 A lot of couples have to deal with differences in religion or race or finances or education or upbringing. I worry about the day when Caroline and Rory have their first adidas/Nike argument. Rory doesn't have a deal with the Oregon athletic giant yet though I'd imagine the site of him wearing a swoosh on that Yale jersey has some hearts in Beaverton aflutter.