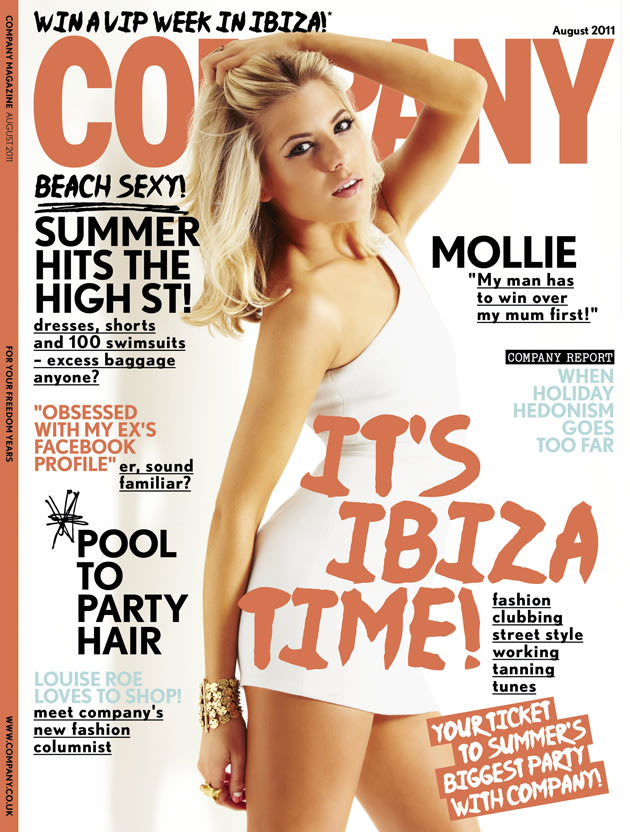 Could we be any more jealous of Mollie King right now? The Saturdays star is part of a huge girl band, is totally gorgeous AND has a smoking hot boyfriend to boot. Some girls have all the luck! But rather than shrivel up with envy, we can't help but love the fact that, deep down, she's just like us: she's had her heart broken, gets starstruck, and wants her mum's approval.
In an interview in the August issue of Company magazine (on sale 7 July), Mollie reveals that she didn't even know who David Gandy was when she met him. Ha! She says it's just as well, otherwise she would have got "starstruck". Bless. She'd just got out of a two-year relationship which left her "heartbroken" and wanted to be single, but (unsurprisingly) she couldn't say no to a date with David. He got the thumbs up from Mollie's mum and that sealed the deal.
Mollie doesn't go on lavish dates, but rather prefers to do "normal things" like watching movies and going for breakfast. If we had a boyfriend like Gandy, we don't reckon we'd be able to tear our eyes off him long enough to focus on food or films. It sounds like Mollie's got the best of both worlds, as she says: "I get on with David like a best friend, but it helps that I fancy him too!" 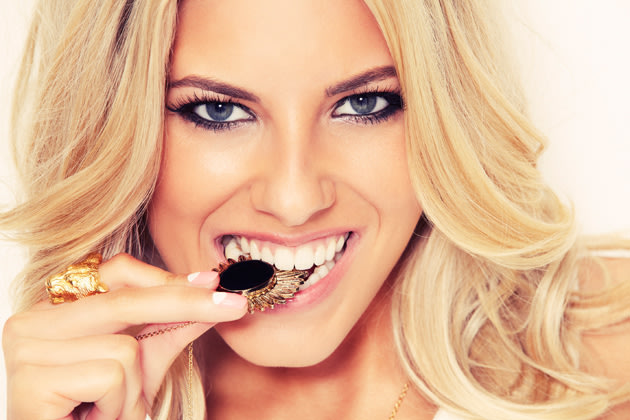 Her band mate Frankie Sandford and her boyf Wayne Bridge will no doubt be happy Mollie has found a love to call her own, as she used to be their third wheel. She says when she was single she used to hang out with Frankie after work: "Poor Wayne was like, 'Oh, hi again Mollie!' But I love them together — they're so cute."
Mollie is focused on being part of one of Britain's biggest pop groups for now, but in the future she's eyeing up a place on the 'X Factor' panel. Bring David with you too! 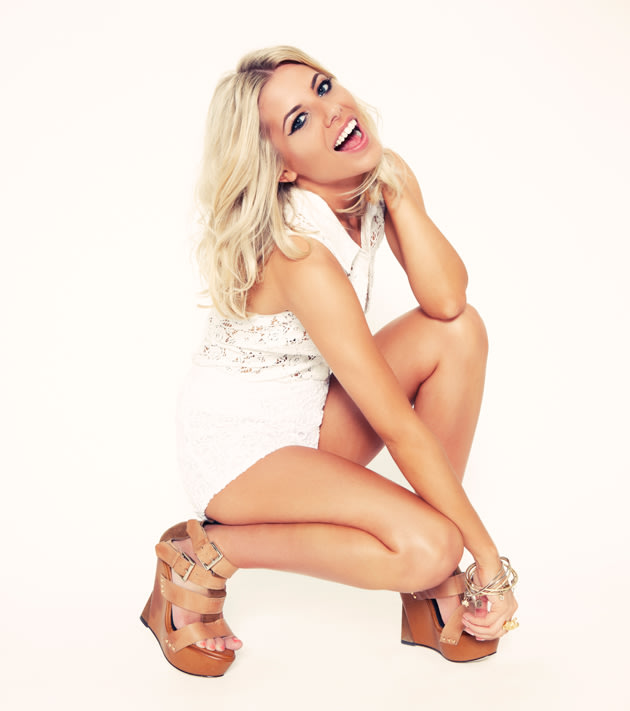 Posting Source: http://uk.omg.yahoo.com/blogs/the-bike-shed/mollie-king-opens-relationship-hot-model-boyfriend-swoons-095746581.html
Posted by Anonymous at 4:18 AM