Should you wait for the iPhone 5 ? 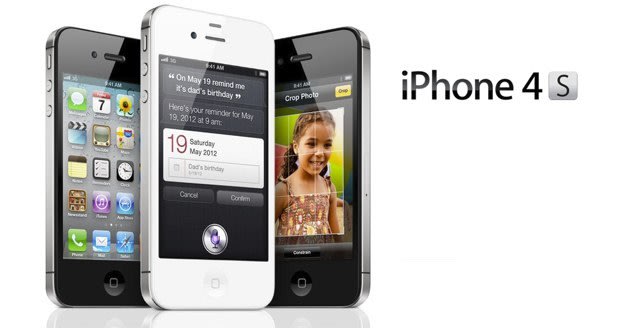 Here's some food for thought when considering the new iPhone model
Apple has unleashed all the juicy details on the newest member of the iPhone family, the iPhone 4S — and with it, a torrent of consumer angst over whether or not to buy the latest and greatest Apple smartphone when it launches October 14, or hold out for the inevitable iPhone 5.
Whether or not an iPhone 4S purchase makes sense for you will depend on a number of factors: are you currently under contract with an earlier iPhone model or other smartphone? Do you have the now last-generation iPhone 4, or the even older iPhone 3GS model? Are you hankering to switch cell carriers?
Read on for some advice on whether or not the iPhone 4S would be a good purchase, depending on which of the following camps you're currently in. The ultimate decision is all yours, and of course a very personal one: let us know what your gameplan is in the comments!

If you bought the iPhone 3GS when it first came out back in June of 2009, or are still rocking either the iPhone 3G or the original iPhone, you should be clear of the 2-year contract you signed then, making the iPhone 4S a very sensible upgrade for you. In fact, Apple knows full well it needs to craft its phone hardware strategy around this typical 2-year cycle, and the arguably less than earth-shattering upgrades between the iPhone 3G and 3GS, and now the 4 and 4S, were actively designed to appeal to consumers two generations behind (you can check out a feature comparison of the latter three devices here).
If you picked up the iPhone 3GS sometime after it was released and are still under contract, you'll want to check out your current upgrade status — especially since new iPhone launches often prompt AT&T to "massage" your eligibility. You can do this by visiting att.com/wireless, dialing *NEW# (*639#) from your phone, calling customer service at 1-800-331-0500, or visiting a retail location.

AT&T Upgrade Advantage
Even if you haven't completed your contract, you may still be eligible for AT&T's Early Upgrade program, which still nets you a discounted price for the phone, although not quite as much of a discount as a fully-subsidized handset. If the difference seems worth it to you, go for it — or you could simply wait out the remaining months in your contract to get the subsidized iPhone 4S pricing (16GB for $199, 32GB for $299, and a first-ever 64GB version for $399) in exchange for signing a new 2-year contract.
And of course, if you're still under contract with the iPhone 3GS, you have one other upgrade path open to you: switch cell phone carriers. Perhaps you're one of the many folks who've been frustrated with AT&T's service, or maybe one or more family members use a different carrier and you'd like to take advantage of free in-network calling or offered family plans. If you bought your iPhone 3GS before June 1, 2010, you're also lucky enough to be subject to a less onerous early termination fee than customers who bought iPhones after that date: you'll pay $175 minus $5 for each month of the 2-year contract you've completed so far.

iPhone 4
For current iPhone 4 owners, the "to upgrade, or not to upgrade" decision gets a bit more difficult. Unless you bought an unlocked phone, you're probably still under contract — but again, it's worth checking when your upgrade eligibility falls, and if you're on AT&T, whether or not you're eligible for Early Upgrade pricing as we mentioned in the previous section. If you're tempted by the iPhone 4S's new features but think you can wait out your contract without needing to snag the latest and greatest, you'll definitely be saving yourself some hard-earned money. If the faster processor, increased storage size, better camera, and Siri voice assistant are just too much to resist, though, you still have options. Apple offers a fairly decent recycling program that could net you a significant amount of dough for your current iPhone. You could also sell your current handset to a friend, family member, or willing buyer on eBay or Craigslist to defray the cost of paying full price for a new iPhone 4S.
And as with current iPhone 3GS owners still under contract, you also have the option of switching carriers to try and save some upgrade cost. Now that AT&T and Verizon have both raised the early termination fees for smartphones to a pro-rated $350, it's certainly not going to be cheap; but depending on how many months you have left to go in your current contract, it could still be more cost-effective to pay an ETF and get the subsidized price for a new iPhone 4S than to pay the full cost for the phone. Be sure to check our guide to cell carrier ETFs to find out what you'd need to pay to escape the clutches of your current cell provider.
Yes, you're going to feel some upgrade angst all over again when the iPhone 5 does eventually hit — but if history is any indication, you'll probably have about a year's worth of happy ownership of the latest and greatest model before then. If your smartphone is a mission critical device in your life or business, it can be well worth going ahead with an upgrade now. Available storage space can be another important deciding factor: if you've managed to fill up your current iPhone 4 at any capacity, it's going to be hard to imagine living another year without getting any additional space... unless embarking on a big "iPhone Spring cleaning" project can keep you happy and spare you from spending the money it would take to upgrade.

Are you ready to upgrade?
If you don't currently own an iPhone but have been curious about joining the Apple smartphone faithful, it's a good time to pick up an iPhone 4S. Sure, the inevitable iPhone 5 will bring its own pang of buyer's remorse when it ends up launching, but remember that's probably going to be an entire year from now. If you're not currently under 2-year contract and eligible for an upgrade with your carrier, you should feel good about picking up an iPhone 4S. If you're still under contract with your current phone, it's worth finding out from your carrier when you're next eligible for an upgrade, and whether or not you can pay a bit extra to get the iPhone 4S under an early upgrade plan. If you don't currently have a smartphone, your early termination fee might be fairly nominal — so switching carriers could be a reasonable upgrade path for you to consider as well.

If you're a smartphone power user who tends to gobble a lot of data on the go, one of the more compelling reasons to upgrade to the iPhone 4S is its newfound availability on Sprint. As the last remaining U.S. cell carrier with an available unlimited data plan, it could be well worth shelling out some extra up front cost in order to avoid any potential monthly charges for using too much cellular data.
If you're either already on Sprint and not under 2-year contract, or out of contract on another carrier, upgrade away or sign a new contract with Sprint in good conscience. If you're on Sprint and still within your current contract, find out if you can wait it out until you become eligible for an upgrade, or decide whether or not it's worth paying the full, unsubsidized price of the phone. If you're under contract with another carrier, find out how much that pesky ETF is going to cost you to jump ship, and compare it to the cost of potential data overage charges you might face on your current carrier.


How to place your pre-order

If you're ready to commit to an upgrade, and have figured out exactly how much it's going to cost you to do so, placing your advanced order for the iPhone 4S couldn't be simpler. Apple's pre-order program begins at 12:00 AM EST on October 7. If you fancy staying up until the midnight hour, you can head right over to the iPhone home page to begin your order.
When placing your order, you'll be able to check your eligibility for AT&T and Verizon discounts right from Apple's website (Sprint support is coming soon). The system will show you the price that you qualify for and you can choose whether you would like to replace your current smartphone or add an additional line to your wireless plan. The 4S begins shipping on October 14, and when you receive your handset in the mail it will guide you through the steps to activating it without the need to visit a carrier location.
If you'd rather purchase your new 4S right through your carrier, you'll likely be able to place a pre-order through all three iPhone 4S service providers as well. Depending on your location, your local wireless outlet may or may not be accepting pre-orders, so it's always best to call ahead. Verizon, AT&T, and Sprint haven't detailed their pre-order plans as well as Apple, but if history serves, they won't be far behind in offering to take your cash ahead of time.
No matter what you end up deciding, we want to know about it! Let us know your decision, and any tips you might have for other potential upgraders, in the comments below.
This article originally appeared on Tecca