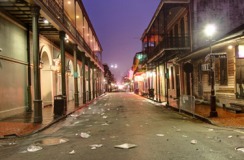 No. 1 New Orleans
Photo by: iStock
How do you define a city’s soul? For a lot of travelers, it’s in the dirt.
Atlanta ad exec Patrick Scullin, for instance, loves Baltimore—but not because it’s particularly pristine. “Yes, there’s litter, smokers, and graffiti,” he says, “but that’s just life going on. The air sometimes offends, but a cool breeze off the harbor can ease all worries. It’s a gem of a city.”
While such sentiments don’t appear in tourist brochures, that glorious grit has landed Baltimore in the Top 10 dirtiest cities, as chosen by Travel + Leisure readers in the annual America’s Favorite Cities survey. Of course, visitors gauge “dirty” in a variety of ways: litter, air pollution, even the taste of local tap water.
This year’s American State Litter Scorecard, published by advocacy group the American Society for Public Administration, put both Nevada and Louisiana in the bottom five—echoing the assessment of T+L readers who ranked Las Vegas and New Orleans among America’s dirtiest cities.

Can you imagine the cleanup required after Mardi Gras? Both tourists and Mother Nature have sometimes been hard on the Crescent City, which readers voted the dirtiest in America. But that doesn’t stop the good times from rolling on. Voters embraced the city’s fun-loving spirit, ranking New Orleans first for its nightlife and eclectic people-watching. 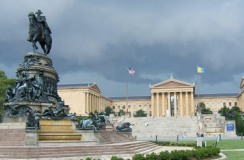 No. 2 Philadelphia
Photo by: Kelly Kollar

The City of Brotherly Love was voted the fourth dirtiest city last year and just narrowly avoided the top slot for sloppy this time around. The locals may not be helping with those first impressions—they ranked near the bottom of the style category, as well as in the bottom five for being environmentally aware. 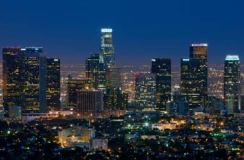 No. 3 Los Angeles
Photo by: iStock

That infamous rep for smog is tough to shake: the City of Angels, which is No. 3 for the second year in a row, continues to do poorly in national air-quality tests. AFC voters also put traffic-clogged Los Angeles in last place for being pedestrian-friendly and in the bottom three for overall quality of life. 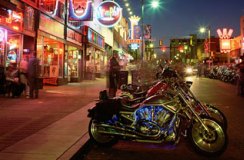 Nothing is tidy about barbecue or the blues, two of Memphis’s biggest tourist draws. This city on the banks of The Big Muddy has more to work on than dirtiness; it came in last place in the AFC for being environmentally friendly, as well as for feeling safe. 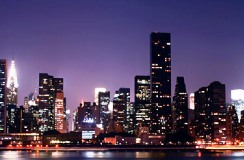 No. 5 New York City
Photo by: Kelly Bazely
Last year’s dirtiest city is looking a little fresher these days. But AFC voters seem to champion New York because of its less-than-sterile vibe, and not in spite of it. There’s world-class culture, cool neighborhoods, and diverse locals. Just be prepared to pay for it: NYC ranked as the most expensive city in the nation. 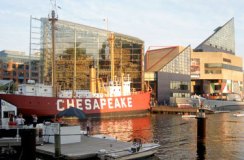 No. 6 Baltimore
Photo by: Kelly Kollar

The Inner Harbor is a crowd-pleaser, but AFC voters weren’t impressed by Charm City’s overall cleanliness or its more land-based features. Baltimore came in next-to-last place for its public parks, hotels, and even interesting people. 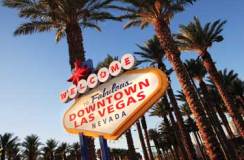 This is the No. 1 town for wild weekends, so it’s no surprise that Vegas makes it into the Top 10 for dirty disarray. Impressively, Sin City has actually improved its standing by two slots since last year. And if you’re willing to splurge, any semblance of grittiness may disappear: Vegas scored No. 1 for luxury hotels and No. 2 for both luxury shopping and big-name restaurants. 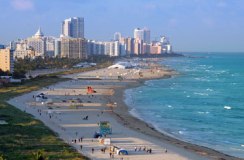 AFC voters loved Miami’s bar scene and its upscale dining, but all that hoopla takes its toll on a person—and on a city. AFC voters ranked the Florida hot spot poorly not only for cleanliness but for safety. 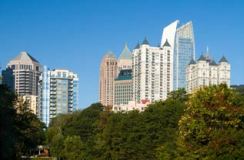 No. 9 Atlanta
Photo by: iStock

Many cities that made the dirtiest Top 10 scored well for having a vivid nightlife, cool neighborhoods, or great live music. Alas, Atlanta couldn’t claim any of those in the survey. At least the city has its quality—and sloppy—barbecue going for it. 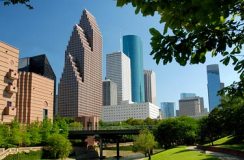 No. 10 Houston
Photo by: iStock

This oil town could stand a green makeover, according to AFC voters. Its cleanliness score worsened by four spots since last year. The general vibe left AFC voters wanting, too. They ranked Houston near the bottom for its parks and weather. The city’s collective ego can take great pride in one thing: it topped the AFC charts for its juicy (and no doubt messy) burgers.
Posting Source: http://travel.yahoo.com/p-interests-40390415
Posted by Anonymous at 2:27 AM