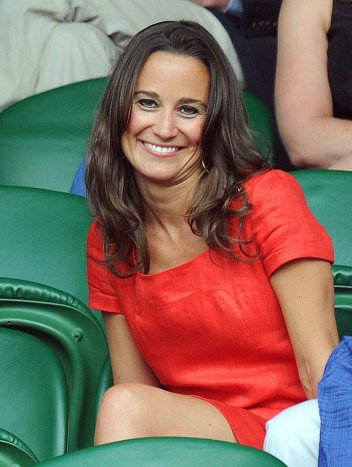 Pippa Middleton's red Hobbs dress has sold out.
Of course we've been watching the tennis at Wimbledon! What do you take us for? But just occasionally, we find our eyes straying towards the spectators, where a whole catalogue's worth of snappy dressers have been keeping their eye on the ball.
Yesterday, for example, the nation's favourite bridesmaid Pippa Middleton showed up sporting exactly the same frock she'd been seen wearing the day before. Well, it is very nice! 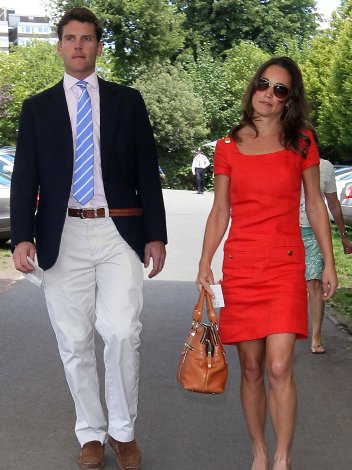 The lady in red: Pippa Middleton was joined by boyfriend Alex Loudon at Wimbledon.
It's a Hobbs NW3 Wyldes shift frock, and normally retails at £129. However, if you want one, you'll have to join the bidders on eBay: the dress has now sold out in-store.
Also doing her bit for UK fashion sales earlier in the week, Pippa's older sister, Catherine, Duchess of Cambridge (or 'Kate', as we prefer to call her), popped along to Wimbledon on Monday... 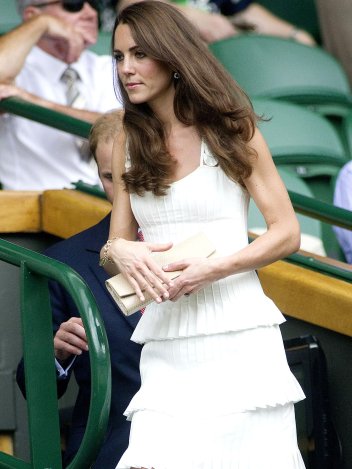 Perfect pleats: Kate almost stole the show from Andy Murray at Wimbledon on Monday.
Her outfit? A gorgeous pleated Temperley Moriah dress, which normally retails at £795. But - you guessed it - the frock had sold out by Monday afternoon. Note the fancy scalloped shoulder details, too... 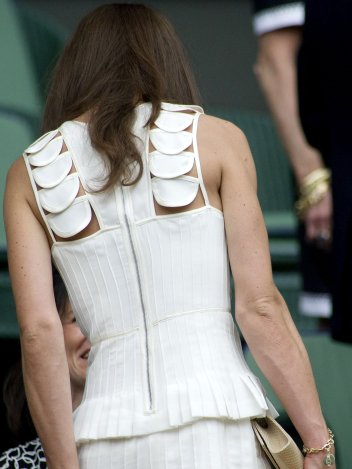 Dress to impress: Kate's Temperley frock sold out within hours of her wearing it.
Still, this year's Wimbledon fashion hasn't all been about the Middleton sisters. Prince Harry's former squeeze Chelsy Davy looked suitably summery in a black and white frock on Centre Court yesterday afternoon... 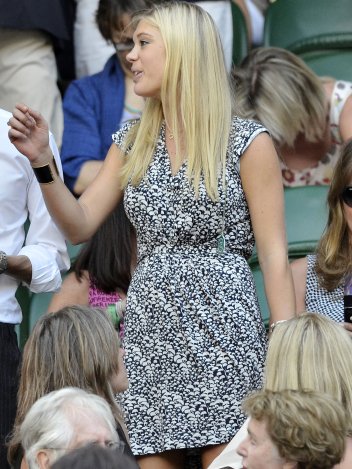 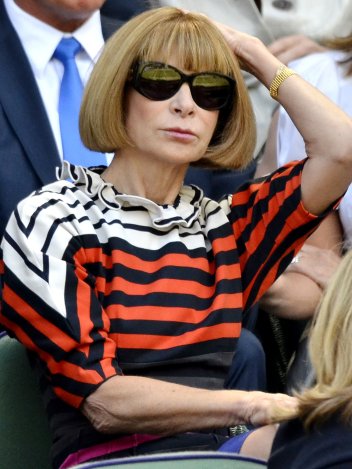 It's Prada, sweetie: Anna Wintour went along to support her friend Roger Federer.
Sadly, she saw her friend Roger Federer drop out of the competition - which may be why she looks so po-faced in our picture. But then again, she always looks like that, doesn't she?
Posting Source: http://uk.specials.lifestyle.yahoo.com/style-it-light/hot-topics-detail/game-set-and-style-match-to-pippa-2672
Posted by Anonymous at 3:28 AM