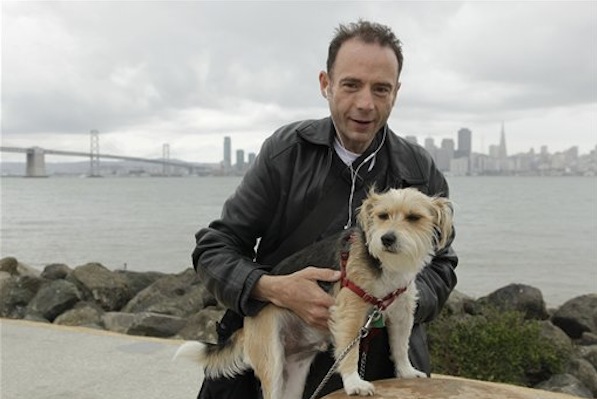 Since HIV was discovered 30 years ago this week, 30 million people have died from the disease, and it continues to spread at the rate of 7,000 people per day globally, the UN says.
There's not much good news when it comes to this devastating virus. But that is perhaps why the story of the man scientists call the "Berlin patient" is so remarkable and has generated so much excitement among the HIV advocacy community.
Timothy Ray Brown suffered from both leukemia and HIV when he received a bone marrow stem cell transplant in Berlin, Germany in 2007. The transplant came from a man who was immune to HIV, which scientists say about 1 percent of Caucasians are. (According to San Francisco's CBS affiliate, the trait may be passed down from ancestors who became immune to the plague centuries ago. This Wired story says it was more likely passed down from people who became immune to a smallpox-like disease.)

What happened next has stunned the dozens of scientists who are closely monitoring Brown: His HIV went away.
"He has no replicating virus and he isn't taking any medication. And he will now probably never have any problems with HIV," his doctor Gero Huetter told Reuters. Brown now lives in the Bay Area, and suffers from some mild neurological difficulties after the operation. "It makes me very happy," he says of the incredible cure.
The development of anti-retroviral drugs in the 1990s was the first sign of hope in the epidemic, transforming the disease from a sudden killer to a more manageable illness that could be lived with for decades. But still, the miraculous cocktail of drugs is expensive, costing $13 billion a year in developing countries alone, according to Reuters. That figure is expected to triple in 20 years--raising the worry that more sick people will not be able to afford treatment.
Although Brown's story is remarkable, scientists were quick to point out that bone marrow transplants can be fatal, and there's no way Brown's treatment could be applied to the 33.3 million people around the world living with HIV. The discovery does encourage "cure research," according to Dr. Jay Levy, who co-discovered HIV thirty years ago, something that many people did not even think was possible years ago.