These pictures show magician Dynamo apparently walking on water across the River Thames - and his spokesman claims they are completely genuine.

The 28-year-old Briton apparently took a stroll towards the Houses of Parliament on Saturday night.
The stunt was filmed for his new television show, Dynamo: Magician Impossible, which starts on July 7 on Watch. 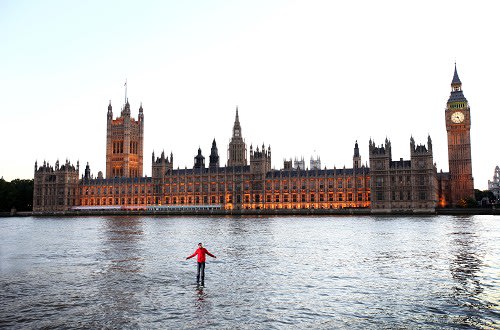 Magician Dynamo 'walks on water' across the River Thames
A spokesman said photographs of the extraordinary feat were not faked.
The new series will show him performing a variety of tricks, including transporting a mobile phone into a glass beer bottle, bringing a flutter of paper butterflies to life and transforming snow into diamonds. 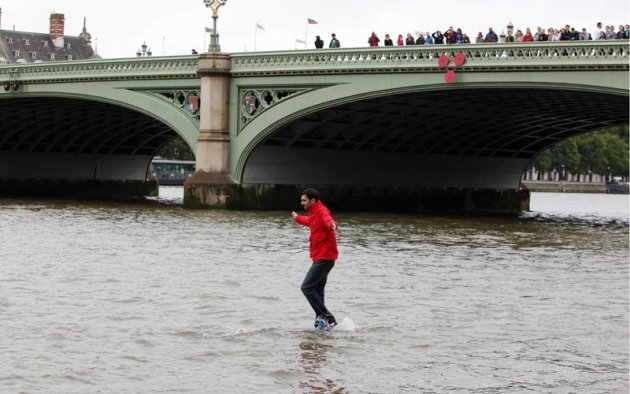 Posting Source: http://uk.news.yahoo.com/magician-dynamo-walks-water-084647433.html
Posted by Anonymous at 5:30 AM