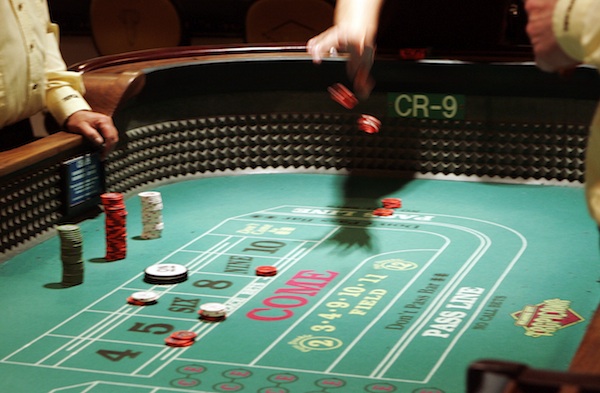 They say the house always wins. But for one Atlantic City casino, that doesn't seem to have been the case lately.
In April, a blackjack player raked in $5.8 million at the Tropicana Casino and Resort. Then last week, a different man took home $5.3 million after his own amazing run of luck at the Tropicana.
The Tropicana may have been the author of its own misfortune. It's deliberately put an emphasis on high-stakes games, under the theory that it'll come out a winner in the end. And casino officials say that despite the recent massive losses, the gaming emporium will stick with the plan.
"That's just how it goes sometimes; if you bet more, you can win more," Tony Rodio, the Tropicana's president and CEO, told the AP. "We have a strategy of offering the most aggressive and highest table games limits in the Atlantic City market and we're not going to change that. If someone wants to take the shot, we'll take the action."
Don Johnson, from Bensalem, Penn., took his shot in April, and won $5.8 million playing blackjack. Johnson, an expert gambler, had also taken Caesar's Atlantic City for more than $4.2 million and the Borgata Hotel Casino & Spa for $5 million.
Then last week, an unidentified man played craps, blackjack, and mini-baccarat, and walked away with $5.3 million. He left a $150,000 tip for dealers, which was split among the table dealers working that night.
Still, neither man's win was likely as dramatic as the one enjoyed in 2004 by Ashley Revell, a Briton who sold all his possessions to scrape together $135,300, which he wagered on red at a Las Vegas roulette table.