By Chris Chase
There are two winner's trophies at the French Open, the large Coupe Suzanne Lenglen that you see female winners like Li Na hoist in the air and kiss after the match and the smaller replica version they take home. In an embarrassing mistake Saturday at Roland Garros, one of those trophies was accidentally awarded to runner-up Francesca Schiavone. 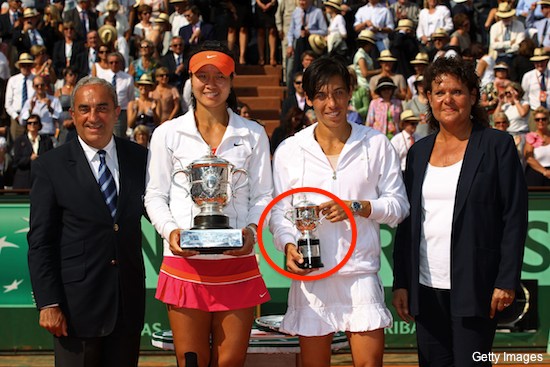 Schiavone was handed the small trophy by the gentleman on the left and posed for pictures with it alongside Li Na, the winner, and 1971 champion Evonne Goolagong Cawley. Notice how Schiavone's trophy is a mini version of the larger one Li Na is holding. 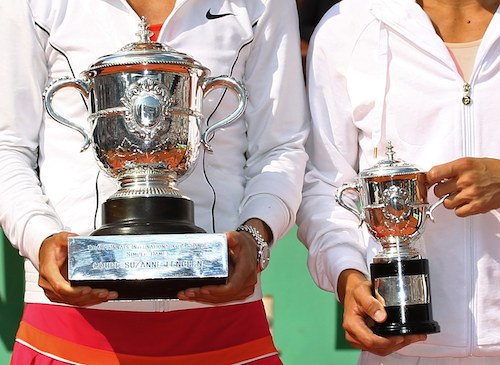 Evidently the large Coupe Suzanne Lenglen stays at Roland Garros and winners take home the smaller trophy. In the original picture, you can see the true runner-up trophy sitting on a table behind the players.

The mistake was eventually corrected and Schiavone was awarded the proper trophy. 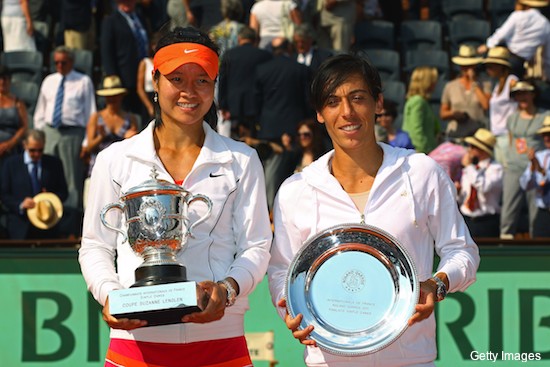 Schiavone couldn't have minded giving the replica trophy back too much. After all, she won one last year.
Posting source: http://sports.yahoo.com/tennis/blog/busted_racquet/post/Oops-French-Open-officials-gave-runner-up-the-w?urn=ten-wp1335
Posted by Freelance at 11:00 PM