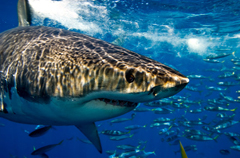 Photo: James Moskito/Great White Adventures
More from SmarterTravel.com
More from Yahoo! Travel
Ready for a wild ride? Then hang on for these amazing animal adventures. Ditch the petting zoo for a chance to walk with polar bears or bond with gorillas. Trade that pony ride for some horse surfing or ostrich riding. This list offers an awe-inspiring animal encounter for every budget: From free to pricey, they're all utterly unforgettable.

Are you a true thrill seeker? Here's a quick test: You're underwater, surrounded by great white sharks with only a metal cage between you and the ocean's fiercest predator. Are you: a) having a nightmare, or b) on vacation? If that sounds like leisure time to you, consider a multiday cruise with Great White Adventures to Guadalupe Island in Mexico. From August through December, you'll have the chance to dive in waters containing one of the most prolific great white shark populations in the world. Excellent underwater visibility and warm water offer ideal conditions for cage dives with sharks up to 21 feet long. There are also options for night cage dives, during which you don't see the sharks until they're right next to you, and deeper cage dives, which give you the chance to be surrounded on all sides by circling sharks. The hefty price tag of $3,195 for a five-day trip includes transportation from San Diego, three meals per day, beer and wine, and air-conditioned staterooms with private bathrooms and HDTV. 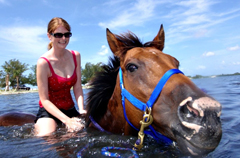 Surf on a Horse

Surf on a Horse

Kiteboarding, ice swimming, bog snorkeling: There are endless variations on water sports. The newest wave is horse surfing, available in Bradenton, Florida. On Great World Adventures' beach rides, aqua-equestrians mount patient and water-loving horses for a leisurely amble along the sand before plunging into the warm water. Shoulder deep in the gentle surf, the horses pause while riders learn the basics. Then, surf's up, as riders try to stand and balance while their mounts walk through the water. Horse surfing is open to riders under 150 pounds. The equine Olympics theme continues with swimming the horses and racing them out of the water back to the beach. The experience costs $120 per person, and is most fun during the warmer weather of late spring to early fall. 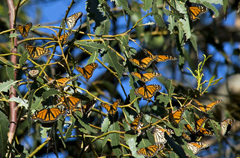 Surround Yourself With Butterflies

Surround Yourself With Butterflies

How many butterflies does it take to make an animal adventure truly amazing? One? A thousand? A million? How about a billion? Each autumn, up to a billion butterflies migrating from North America head south to winter in the fir forests of central Mexico. The Monarch Butterfly Biosphere Reserve, which received a UNESCO World Heritage site designation in 2008, offers visitors the chance to see trees so covered in butterflies that they bend under the weight and appear bright orange. The monarchs utterly transform the landscape, carpeting the forest floor and creating a sound like rain when thousands take off at once. A trip to one of the butterfly parks open to the public within the reserve (including El Rosario, Sierra Chincua, Piedra Herrada, and Cerro Pelon) can be a day trip from Mexico City or an overnight excursion, and is suited both to independent travelers and tour groups. 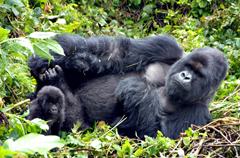 You'll travel far and trek deep into the jungle for one of the rarest and most unforgettable experiences of your life. Mountain gorillas, of which fewer than 800 exist in the world, cluster in just four national parks in central Africa. Guided visitors can spend time within a few feet of these great apes, the largest of living primates, watching them play, groom, tumble, and snack. Former SmarterTravel editor Molly Feltner, whose current African adventures have brought her up close and personal with the mountain gorillas, recommends a trip to Virunga National Park in Congo, where visitors can see the "gentle giants living in a great salad bowl" (think lush, rainforest-covered volcanoes). Kivu Travel (site in French; guides speak English) organizes trips to see the gorillas in the park. Feltner also offers tips on visiting the gorillas in Volcanoes National Park in Rwanda. Permits to see the gorillas run about $400, and food, transportation, and accommodations are extra. 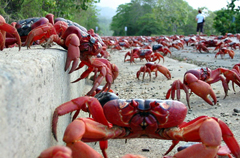 With so much on display, wildlife lovers can relish in the abundance of Mozambique, particularly in Gorongosa National Park, where travelers can view antelope, buffalo, elephants, hippos, lions, zebras, and birds in their home territory. Open from March through December (closed during the rainy season, when the park's roads become inaccessible), Gorongosa offers an authentic experience in the wild, while also maintaining some modern comforts. You can stay right in the park (cabanas feature air-conditioning and showers, so you're not exactly roughing it), dine at an on-site restaurant, and choose from guided or self-drive tours. Most importantly, don't forget to pack your binoculars! 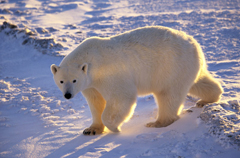 The sheer variety of ways to observe polar bears in the wild adds adventure to an already exciting pursuit in Churchill, Manitoba, the polar bear capital of the world. You can walk among them on polar bear treks for the biggest thrills and the best photo opportunities, or sleep close to them on their terrain in a tundra buggy lodge. And the cautiously curious can still get close from the comfort of a tundra buggy day tour. Throughout late fall, catch the polar bears as they congregate in large numbers in the region. During the colder months, you can see polar bears and the northern lights in the same trip. In summer, watch polar bears out on the flowering tundra, then hop a boat to see beluga whales. Trips are expensive, starting at about $2,500 and topping out at close to $10,000, but include the pricey two-and-a-half hour round-trip flight from Winnipeg, plus accommodations, meals, and activities. 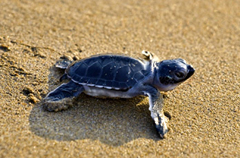 In this case, the animal adventure is helping an endangered species begin its own adventure. All seven of the world's types of sea turtles are on the endangered species list, with threats ranging from destruction of nesting habitats to incidental capture by commercial fisheries. A volunteer vacation to Costa Rica, Mexico, the Caribbean, or another turtle nesting site offers the chance to help the survival of one of these species on your next beach trip. Activities vary among organizations, but can include recording nesting activity, relocating eggs, and patrolling beaches. Watching a mother bury her eggs in the sand or cheering for baby turtles as they make that first trip from beach to ocean are just a few of the moments that make volunteering an unforgettable experience. Some organizations offer the chance to learn Spanish, live with a local family, or spend days off exploring nearby sights. Costs range from a few hundred dollars to around a thousand dollars per week, which generally covers food, accommodations, and program support. 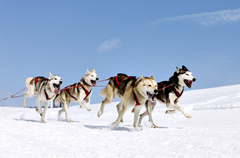 Dogsled on a Glacier

Dogsled on a Glacier

It's a true Alaskan trifecta: dogsledding across a glacier you reached by helicopter. Alaska Icefield Expeditions' trek packs three amazing experiences into just a few hours. From Juneau or Skagway, take a flightseeing tour over mountains and ice fields on your way to Mendenhall or Denver glaciers. There, meet 250 friendly Alaskan huskies and their Iditarod and Yukon Quest mushers. Then head out on the glacier, where you can help the musher drive your sled or just enjoy the ride. Before your return flight, play with husky puppies and learn more about the life of mushers and sled dogs. Tours run May through early September, and cost $489 per person (guests over 250 pounds pay an additional fee). 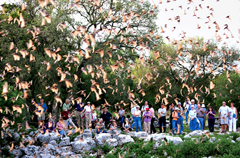 Gotham City doesn't have the only world-famous bat cave. Bracken Cave, about 20 minutes from downtown San Antonio, is summer home to the world's largest bat colony. From March to October, as many as 20 million Mexican free-tailed bats make their home in the cave owned by Bat Conservation International (BCI). On select evenings, BCI members can stand 30 feet away as one of the largest colony of mammals on the planet swirls skybound in a massive column, with the flapping of 20 million bats' wings echoing in the air. Membership starts between $30 and $35, and members can bring up to three guests. This part of Texas is also home to the world's second-largest bat colony: Hill Country Adventure's Frio Cave is the seasonal residence of 10 to 12 million bats. Watching the spectacle on select evenings costs $12 per person. And, around the same time of year, Austin's Congress Avenue Bridge is a popular (and free) spot to watch the evening emergence of another colony of 1.5 million bats. 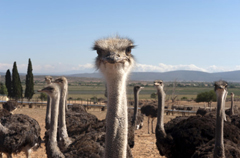 You may not be able to fly on the back of a soaring eagle, but in South Africa, you can hold on for dear life atop a speeding ostrich. The Oudtshoorn region is known as the ostrich capital of the world, and it's one of the few places where you can get this close to the largest bird in the world. At the Cango Ostrich Show Farm you can see chicks, stand on eggs (to see just how strong they are), tour the farm, pet a friendly resident named Betsie, and feed the birds. And if you're up for it—and weigh less than 165 pounds—you can ride an ostrich, too. Rides tend to be fast, short, and unforgettable. Tours cost about $10 ($5 for kids), and advance booking is recommended.