From a hillside African lodge to a Brazilian eco-retreat, these are the year’s best new hotels.
By Travel+Leisure Staff
Provided by: 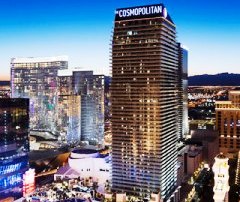 Cosmopolitan, Las Vegas
Photo: Courtesy of Cosmopolitian of Las Vegas
More from TravelandLeisure.com
More from Yahoo! Travel
For our annual It List, a compendium of the world’s most noteworthy new hotels, Travel+Leisure editors and writers logged thousands of miles in search of the next best new hotels for you to lay your head.

Finally, a Vegas hotel for design geeks and food nerds. Guest rooms have Fornasetti wallpaper in the closets, furniture with solid modern lines, a generous soaking tub, C.O. Bigelow toiletries, art you will actually think about, and stacks of Phaidon books on the bedside. Venture into the David Rockwell–designed Chandelier bar and to restaurants by heavyweights including Scott Conant (Scarpetta), Bromberg Brothers (Blue Ribbon Sushi Bar & Grill), and José Andrés (Jaleo; China Poblano). Doubles from $195. 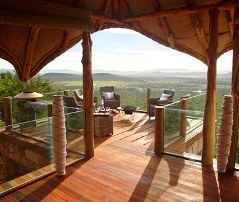 With a silent partner like Paul Allen (yes, that Paul Allen) backing Olarro, it’s no wonder this hillside lodge overlooking the Masai Mara is becoming Kenya’s next high-profile hideaway. Designer Anthony Russell has worked his magic on the seven thatched cottages and a two-bedroom villa: the tiled floors resemble giraffe markings, and the billowing fabric ceilings give the feel of a tented camp (without the hassle of having to unzip your door). At this new conservancy the wildlife may not be as prolific as in other parts of Africa, but after-dark safaris with night-vision goggles, as well as a perfect perch to watch the annual wildebeest migration, more than compensate. Doubles from $1,370. 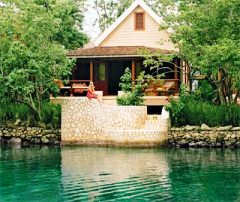 This property on the northern coast of Jamaica has quite a pedigree: in the 1940’s, Ian Fleming built a villa on a hidden cove to write his James Bond novels and entertain visitors including Noël Coward and Errol Flynn. Now owner Chris Blackwell has transformed GoldenEye into a small but stylish resort. With only 11 cottages and six suites along a white-sand beach and secluded lagoon, the vibe is as exclusive as it was in Fleming’s day and the guest list just as impressive (was that Beyoncé and Jay-Z hanging out at the waterfront Bizot bar?). Doubles from $448. 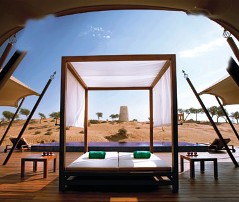 Camel rides? Check. Sand dunes? Check. Private pools? Check. The new Banyan Tree Al Wadi—tucked into the desert and a 45-minute drive from Dubai—is a daydreamer’s oasis. Set on 250 acres, 150 of which are a nature preserve, 101 villas blend regional design elements (bedouin-style tented ceilings) with Far Eastern service touches (the spa specializes in Thai massages). We rose early for a tour of the honey-colored landscape and returned to dine at the resort’s Al Waha restaurant while spotting wild gazelles through the restaurant’s floor-to-ceiling windows. Doubles from $465. 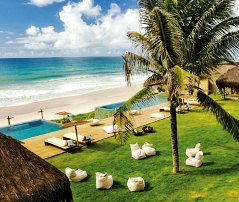 It was a risky proposition for engineer Pedro Marques to quit his career to open a 23-room eco-retreat on a sleepy beach along Brazil’s Alagoan coast, north of Bahia. But the gamble has paid off in spades. The hotel wows with eucalyptus columns and natural wood and brick interiors, all of which reinforce the indoor-outdoor aesthetic that sets the retreat apart. Environmental responsibility is emphasized: staffers are instructed in conservation techniques to avoid disturbing the nearby preserve. Doubles from $630. 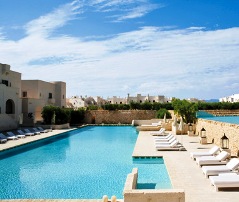 Though this blinding-white stone monolith looks as ancient as the fortified farmhouses that surround it, sprawling Borgo Egnazia is actually brand- new. Rooms are monochromatic, splicing luxe (limestone double sinks; wide shaded terraces) with unexpected design moments (single olive branches in lieu of flowers). Twin pools are lounge-worthy and huge; if only management would designate one of them exclusively for adults. Doubles from $455. 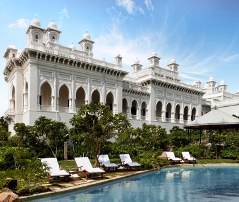 You’ll trade your car for a horse and carriage at the gate of the Taj Falaknuma Palace, which crowns a hill above the city, and be showered with rose petals when you ascend the marble steps. After a 10-year restoration, this former palace of the Nizam of Hyderabad (once the world’s richest man) is now a living museum, with 60 opulent guest rooms done up in ivories and golds. Wander the property if you like: nothing is off limits, including the library of rare books. Adding to the fairy-tale setting, at sunset you’ll hear the lilting strains of a flute in the courtyard. Doubles from $890. 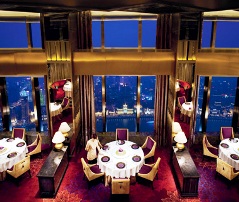 It’s almost impossible to actually walk anywhere in the frenetic Pudong neighborhood, so lucky for you that Ritz-Carlton’s second Shanghai property offers plenty of reasons to stay put. Topping off Cesar Pelli’s 58-story IFC Shanghai building, the 285-room hotel places you in a cloud-level fantasy. Guest rooms, with their Art Deco touches, have skyline views from floor-to-ceiling windows, Frette linens, and freestanding bathtubs built for lounging. Doubles from $534. 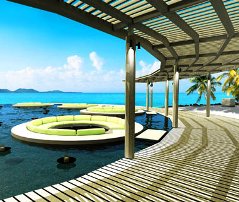 Bringing a long-lacking dose of mod design and youthful exuberance to this ever-popular Thai resort island, W Hotels’ first “Retreat” property in Southeast Asia hews to the brand’s urbane aesthetic. Fans of the cheeky W formula will find all the requisite diversions, such as morning Thai boxing. Seeking serenity? The resort occupies a coveted peninsula on Samui’s quiet northern coast. While the lure of the beach may be hard to resist, guest rooms offer plenty of watery temptations as well: all of the 75 glass-walled villas have private pools, and the best offer shimmering Gulf of Thailand views. Doubles from $712. 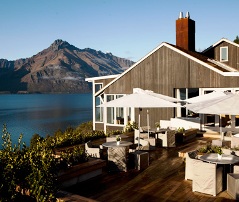 It’s no wonder hedge-funder turned hotelier Julian Robertson chose a secluded South Island spot for his family’s third hotel, Matakauri Lodge, the latest sibling to the Farm at Cape Kidnappers and the Lodge at Kauri Cliffs. The property is ideal for adventurers in search of a luxury lodge near Queenstown. The 11 large, timber suites, decorated in rust, orange, and cream by native design doyenne Virginia Fisher, feature walk-in closets, open fireplaces, and the requisite mountain vistas. Doubles from $460.