Steve Jobs: From the mouse to the iPad 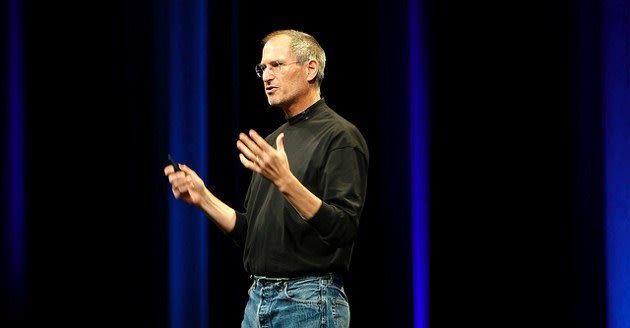 Apple's former CEO made furthering technology his passion
Steve Jobs died Wednesday at the age of 56. The former Apple CEO was a visionary in the world of computing and is largely responsible for the level at which computers are integrated with our everyday lives. There's a very good chance that you're reading this story on a computer, tablet, or smartphone that Jobs either invented or inspired, and that's something that is unique to his legacy.

The original Macintosh mouse
How it all started
Jobs — along with Steve Wozniak and Ronald Wayne — founded Apple in 1976. The first computers were simplistic but revolutionary for their time. Then in 1984, the company introduced the Macintosh 128K, the first mainstream computer that abandoned text-only commands in favor of a graphical user interface. Along with it came the mouse, a device which is so crucial to modern computing that it hasn't changed in nearly three decades. In 1986, during a brief hiatus from the company he helps created, Jobs snatched up a little-known division of film studio Lucasfilm. He renamed this computer animation company Pixar, after the expensive computer imaging technology that his team created. Shortly thereafter, he negotiated a deal with Disney to produce Pixar's first full-length feature, Toy Story. After a string of record-breaking films, he sold the company to Disney for approximately $7.4 billion. 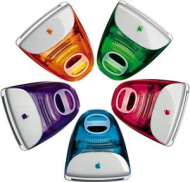 The iMac changed everything
Return to Apple
When Jobs eventually returned to Apple, the company was in shambles. Competing manufacturers held Apple software licenses and were making clones of the company's hardware, undermining the brand. Jobs immediately cancelled the program and brought all Apple development back under one roof. From there he slowly built up Apple's credibility amongst computer users and eventually oversaw the launch of the iMac and iBook, two of the most iconic Apple products in the company's history. The somewhat unusual look and candy-colored combinations of Apple's hardware began to give the company an edgy appeal, and consumers ate it up. Apple's stock seemed to have no ceiling, as each new product brought new customers into the company's dedicated fan base.

Jobs revolutionized mobile computing
iPod, iPhone, and iPad
Apple launched the iPod in 2001, and along with the iTunes software, Jobs' company revolutionized the way we listen to music. Digital music players can be found in every corner of the globe, and the iPod line is by far the most popular of them all. Apple made purchasing and listening to music so affordable and easy that over 220 million iPod devices have been sold since its introduction. In 2007 Jobs launched what is undoubtedly the best-selling Apple product to date: the iPhone. His vision of a smartphone was far different than what most wireless consumers were used to, but now it's hard to imagine a world without it. As competitors did their best to catch up, Jobs stayed the course, always standing by his promise to create useful products on Apple's terms, and without influence from the rest of the tech world.
Once the iPhone was firmly a market leader, Jobs took his dream of mobile computing one step further by introducing the iPad — a tablet that didn't try to be a computer. Both the iPhone and iPad product lines have seen massive success and after 4 versions of Apple's smartphone and two iPads, the company is the most valuable brand name in consumer electronics, and has flirted with being the most profitable company on earth.
We'll never forget
Through it all, Steve Jobs gained millions of fans. His relaxed appearance and style during the frequent Apple keynotes is legendary, and even as new CEO Tim Cook takes over, we can't help but miss the black shirts and blue jeans we were used to seeing for so many years.
Wednesday, pancreatic cancer claimed his life, a disease which he first announced to the public 2004. Through various treatments, Jobs continued to perform his duties at Apple, promising only to step down when he felt the time was right. Just a few short months ago, on August 24, Steve Jobs officially walked away from his post as CEO, and today he is no longer with us.
As the face of Apple for so many years, Jobs became part of the very fabric of the company's products. His legacy will live on with every iPod, iPhone, Mac, and iPad that graces a desk or coffee table around the globe. The next time you power on your smartphone, tablet, or computer, spare a moment for Steve Jobs, one man who made advancing technology his life's work.
[Image credit: acaben, raneko]
This article was written by Mike Wehner and originally appeared on Tecca