6 Expensive Cars Worth the Price 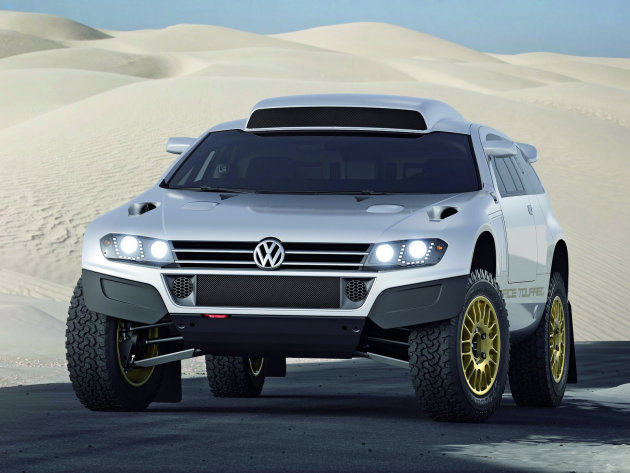 Seductive curves, a hot little motor built for speed and a sexy European name don't always justify the small fortunes spent on them.

Automotive lust comes at a high price for car lovers who just have to have a $1.7 million to $2.4 million Bugatti Veyron with its 2.5-second zero-to-60 acceleration and 267 mph top speed. Those longing for the new Lamborghini Gallardo debuted at the Frankfurt Motor Show this week will have to part with $2 million just to start their fast-lane fling.

But slow down a second. Even with U.S. auto sales up 7.5% in August and more than 10% during the first eight months of 2011 over the same period last year, aren't even big-ticket car buyers looking for a little more than a trophy ride for their investment? Porsche's SUV, the Cayenne, was still the sport marque's best-selling vehicle when it unveiled the sporty, 179-miles-per-hour, $123,000 Porsche 911 in Frankfurt.

High-end automakers such as Bentley and Maserati are tailing Porsche all the way to the bank after unveiling their own SUVs this week. The Bentley's still in the planning stages, but will feature a V-12 or plug-in hybrid engine in the final product. The Fiat-owned Maserati, meanwhile, is still being sketched out, but Fiat freely admits the upper-class grocery getter will be built on the same platform as one of its other, more downmarket products: the Jeep Cherokee.

Even the world's newest luxury automaker, Britain's Eterniti Motors, announced at Frankfurt that its first offering would be the $276,000 lacrosse-practice-friendly Hemera SUV. Will its 629-horsepower V-8 engine be worth the sticker shock to the luxury value shopper? Much as it is with any luxury auto purchase, the answer's fairly subjective.

If you're looking for a slightly more tangible return on the financial equivalent of rolling a three-bedroom house or college education off the lot, we've found six examples of costly cars worth the vaults full of cash being paid for them:

The cargo bed of the F-450 may not have enough room for all the reasons contractors love it and all the arguments that counter its lofty sticker price. The F-450's 6.7-liter, 400 horsepower Power Stroke V-8 turbo diesel engine can carry nearly 5,300 pounds of payload and tow another 17,500 pounds. Equip it with a semi-style fifth-wheel coupler in the back and that towing capacity bulks up to 24,500 pounds.

Perks such as leather seats, LCD screens, satellite radio, navigation, backup sensors and heated mirrors up the price a bit on the more tricked-out packages, but few items on the F-450 can be described as luxuries. It's a truck that was built to take a beating, which is why the more than 361,000 F-Series trucks sold year to date are the most sold by any model in the U.S. and outpace the runner up — GM's competing Chevrolet Silverado line — by nearly 110,000 vehicles so far this year.

They also don't lose much of that brawn when they roll off the lot. Kelley Blue Book last year credited the Ford F-Series Super Duty line with having the best resale value of any full-size pickup in the U.S.

Few luxury cars of any kind, never mind SUVs, fulfill their price's promise quite as well as the X5. This little luxury SUV that could gets a lot of help from fun toys such as a panoramic moonroof with two-piece glass panel, automatic front climate control with separate left and right temperature settings, automatic tailgate with opening and closing feature, front and rear parking distance sensors, rearview camera, a heads-up display on the windshield, Sirius satellite radio, HD radio, rear entertainment center for the kids and a navigation system with traffic alerts.

It's that third row of rear seating and engines that range from the 269-horsepower, 26-miles-per-gallon diesel V-8 of the xDrive35d to the 4.4-liter, 400-horsepower V-8 of the xDrive50i that keep the X5's prep-school parents happy, though.

How happy? Enough to make the X5 BMW's third-best selling line behind its 3 Series and 5 Series this year and to increase the X5's sales 2.7% year to date over last year, while the 3 Series posted a 4.9% decline during the same period.

This has all combined to give the X5 the best resale value of any luxury utility vehicle, according to Kelley Blue Book. The xDrive35d's 26 miles per gallon doesn't exactly make it a gas sipper, but it does give owners reselling them more for their money than any other luxury hybrid or diesel SUV. 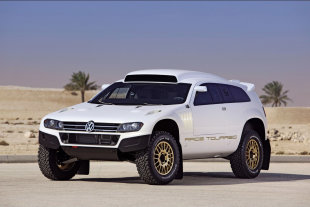 Volkswagen Race Touareg 3
MSRP: $180,000 to $400,000
That Touareg that's dropping kids off at soccer practice in your town this afternoon is just the conservative cousin of a far bigger version that's kind of a big deal overseas.

Volkswagen's Race Touareg 3 won this year's Dakar rally, cinching the third-straight rally win for the Touaregs with a little help from a Kevlar-and-carbon fiber body, rooftop cooling systems and high-strength steel frame with springs and dampers at every corner. That 2.5-liter, 300 horsepower engine that allows it to top out at 117 mph on rally surfaces ranging from deep mud to gravel to broken asphalt roads is a nice little throw-in as well.

Usually these beasts are restricted to the off-road circuit, but Volkswagen surprised the auto industry shortly after its January win at Dakar by unveiling a street-legal version of the vehicle later that month at the 2011 Qatar Motor Show. The Red Bull decals and rally numbers were replaced with gray metallic paint, but the roll cage, sport seating and twin-turbocharged 2.5-liter engine and its 0-to-60 acceleration of under six seconds remained intact.

Given that the vehicles haven't been seen much since Qatar, there's a strong chance you won't be able to get your hands on one unless you came to the show with checkbook in hand. Race Touaregs and other rally cars have a tendency of selling right on the Dakar rally website, though. A 2006 model was selling for $67,000 earlier this year, but the standing $219,000 price on a 2007 version of the Touareg's toughest competitor -- the "X-Raid" version of the BMW X5 -- seems a lot closer to what rally enthusiasts can hope to pay for this year's winner.

Rolls-Royce Phantom Bespoke
MSRP: Starting at $380,000 to $447,000
Plenty of cautious car buyers with more cash than they can count have had their luxury cars plated and gilded into monuments of automotive excess. Rolls-Royce buyers, however, have had the luxury of letting the factory trick out their rides decades before "bling" entered the lexicon.

According to Mike Fox and Steve Smith, authors of Rolls Royce: The Complete Works, former Soviet leader Vladamir Lenin had his Rolls-Royce fitted as a half-track to slog through the Russian snow. Media magnate William Randolph Hearst wedged a bar, table and rolltop desk into his mirrored Rolls, while India's Maharaja of Nandgaon outfitted his with a steering wheel made of elephant tusks.

Even in modern times when interior animal touches are usually limited to leather and the occasional feather stuffing, Rolls Royce's Bespoke team is still in high demand. The automaker announced this summer that it would be doubling the size of the custom projects team at its Goodwood, England, headquarters by the end of the year to meet the demands of such customers as bedding bigwig Michael Fux, for whom the company created a candy-apple red carbon fiber interior and paint for use only in his automobiles, or the attendees of a luxury expo in Guangzhou, China, five years ago who got the first look at an extended, armor-plated, bulletproof version of its Phantom that sold for $3.8 million.

"They can color match a car's paint or interior leather to a pair of shoes, they can build an interior intended for the highest level of safety and business protocol or simply offer an indulgent interior with cigar humidifier and wine refrigerator for somebody who wants to travel in comfort," says Brandy Schaffels, senior editor and content manager for automotive cost comparison site TrueCar. "If you've got money to burn and want to travel in the highest level of comfort and safety, they are the car company to help you do it."

The Conquest Knight XV
MSRP: $629,000
The X5's nice and all, but if you've made enough money to be a potential kidnapping target or enough enemies that someone will occasionally point a rifle your way during the morning commute, you'll need just a little extra.

The Conquest is every bit the luxury vehicle with a 400-horsepower Ford V-10 engine that can run on ethanol; leather interior with wool carpeting; navigation and Bluetooth equipment; 360-degree roof-mounted, joystick-controlled searchlights and a dual-screen rear console and rear laptop stations for the entourage. It takes only one perk, though, to draw owners such as Orlando Magic center Dwight Howard to this stylin' six-ton SUV: armor. and lots of it. There are transparent armored windows, opaque armor surrounding the cabin and a firewall between the engine and the passenger compartment.

The optional smokescreen feature (where permitted) may seem like overkill, but when the goal is to keep yourself alive at any cost, no perk or price is too great.

MSRP: $473,000 (estimate)
Given how much Conquest charges to protect a guy who plays the low post for a living, $473,000 seems like a lowball estimate for the car that holds the leader of the free world.

The Guardian quoted that figure when the presidential ride colloquially referred to as "Cadillac One" made its debut after President Barack Obama took office in 2009, but the options just don't add up. The body alone is forged from dual-hardness steel, aluminum, titanium and ceramic to withstand projectiles. The doors alone are 8 inches thick and weigh as much as the cabin door on a Boeing 757.

The car, officially a Cadillac, looks like an STS built on an GMC Topkick and is armored everywhere from a 5-inch steel plate running along the undercarriage, a fuel tank also filled with foam to prevent it from exploding in the case of a direct hit and Kevlar-reinforced tires that give way to reinforced steel rims in the event they're blown off. Even the driver's window can withstand armor-piercing bullets and opens only 3 inches to protect the CIA-trained wheelman inside.

While you can put a value on the panic button, president-only glass partition switch and security features such as night-vision cameras, shotguns and teargas cannons, it's much harder to appraise some of the cars' more unique elements. For example, what would you pay for a direct line to the Pentagon or the vice president? What's the value of Obama's blood, stowed aboard in case he needs an emergency transfusion?

The answers may vary based on political leanings, the president's approval rating and the general state of the union, but regardless of occupant -- and it could have just as easily been John McCain, considering the latest state car was unveiled in 2008 -- the car is still a bargain compared with the value of its most valued passenger.
Posting source: http://autos.yahoo.com/news/5-expensive-cars-worth-the-price.html
Posted by skalahasthi05 at 4:06 AM