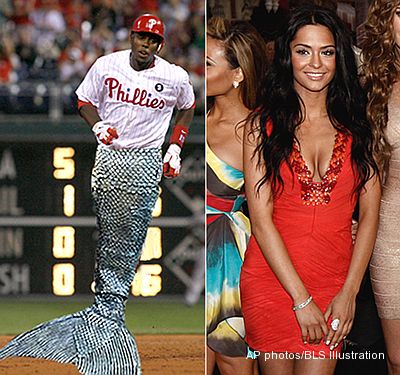 John Mayberry(notes) will apparently do anything for a date with a mermaid.
Yes, somebody has playfully betrayed the young Philadelphia Phillies outfielder and leaked a series of emails that expose his diabolical plan to have his agent set him up with actress and model Antoinette Nikprelaj, who played an underwater seductress in the most recent "Pirates of the Caribbean" movie.
Unfortunately for Mayberry, this mermaid is taken, as she is already married and has a daughter.
Ah well, there are plenty of other fish in the sea, right?
Unfortunately for Mayberry, it's too late to stuff the underwater genie back into the bottle. Because of his mad crush on a Hollywood starlet, Mayberry's plan has made Page 6 of the New York Post:

The LA-based agent wrote in the e-mail on Aug. 30: "I imagine you're familiar with CAA and some of our clients, as we work with Ryan Howard(notes), Roy Halladay(notes), Buster Posey(notes) and Andre Ethier(notes) among others.


"I hate to even be sending you this e-mail, and I'm quite embarrassed to say the least, but we have a young client on the Philadelphia Phillies who asked us if we knew any agents at Innovative Artists and could connect him to Antoinette Nikprelaj.
"I know you're not a dating or set-up service, but John Mayberry Jr. (Phillies OF) would love to meet Antoinette or invite her to a baseball game sometime. Would this be possible?" 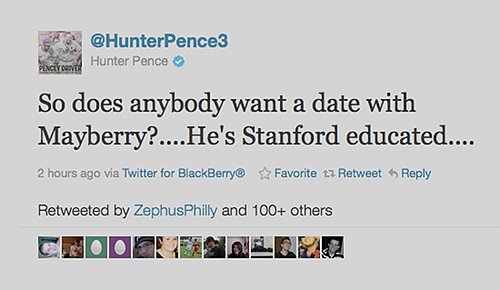 But apparently not educated enough to know he's seeking a married mermaid. It's all for the best, though, because inter-species romances are tricky. For every human Tom Hanks, who managed to woo mermaid Daryl Hannah in "Splash," there's a Centaur Alex Rodriguez(notes), who could not get human Kate Hudson to play horse with him forever.
We wish Mayberry best of luck with future fishing for mermaid dates. When you find one, John Jr., don't do anything rash, like convert, until you know she loves you.

Flippers make it hard to run the bases, so try to make her move to Philly first.