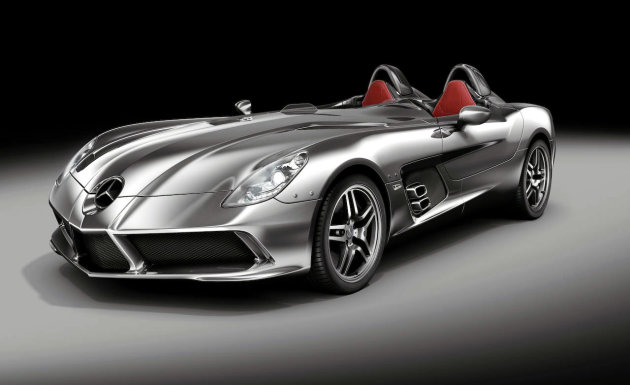 When vintage car collectors go to auctions, they’re used to seeing price tags exceeding $1 million. They may not necessarily buy any of the immaculately preserved specimens on display, but they’re happy to have to opportunity to note the technical specifications and observe the details that make each car a piece of living history.

Then there are cars with million-dollar price tags, where that number represents what you have to pay just to drive them off the lot. These are the luxury cars at the highest of price points, produced in limited edition runs of fewer than 100 and purchased only by the wealthiest clients.

These cars are not available to everybody, nor should they be. They’re not ideal for grocery shopping, picking up the kids from soccer practice or visits to the Taco Bell drive-thru. However, many of them have twin turbo engines that allow them to go faster than 200 miles per hour, so what they are ideal for is going from parked to speeding in less than five seconds.

What are some of the cars with prices exceeding $1 million? Read ahead to find out.

$1.1 million
The Hybrid Supercar by Jaguar debuted in 2010 at the Paris Motor Show. After partnering with the British Formula One motor racing team and Williams Grand Prix Engineering Limited, Jaguar announced it would build 250 units of the car, with an average price of $1.1 million.

According to Jaguar , the car will feature "performance on a par with the fastest production cars on the market, while adopting cutting-edge technology that offers remarkably economical running." It’s expected to exceed 200 miles per hour while still producing low CO2 emissions.

$1.1 million
According to the indigenous peoples of the Andes, Aymara Huayra Tata was the name of the great and fearsome god of wind. Today, Huayra is the name of an Italian sports car manufactured by Hagani, with the express purpose of penetrating the U.S. market.

The Huayra is a 700-horsepower vehicle that weighs only 3,000 pounds, and it can go from zero to 60 miles per hour in under four seconds . Only 20 units are going to be manufactured, and it will sell for $1.1 million, a small price to pay to harness the terrifying power of an ancient South American wind deity.

$1.1 million
In 1994, Autocar magazine called the McLaren F1 “the finest driving machine yet built for the public road." That’s quite a claim, but when a car exceeds 200 miles per hour 7.6 seconds after idling at a stop sign, the claim is well-earned.
In August 2011, actor Rowan Atkinson was involved in an accident in his own F1 . It was a case of life imitating art, as Atkinson’s famous “Mr. Bean” character has crashed his car several times as part of a recurring comic motif on the show. Neither the actor nor anyone else was hurt.

$1.35 Million
The Maybach 62 Landaulet is a convertible that debuted at the Dubai Auto Show. It’s designed to be driven by a chauffeur and features a glass panel to separate him from the passenger. It costs $1.35 million. But who would ever pay such a sum for a car?

According to Hans-Dieter Multhaupt , vice president of program management at the German luxury car manufacturer Maybach, "The Landaulet is for a super-rich individual who wants something that is extremely extraordinary and enjoys being driven in a car with acres of sky above them." Of course.

$1.4 Million
Bugatti is a French manufacturer of high-performance luxury cars. Founded in 1909, the company manufactured vehicles that were part racecar and part artistic marvel. It faced many financial struggles and finally manufactured its last automobile in 1952. However, Volkswagen bought the brand name in 1998 and brought the legendary company back to life.

One model the newly revived Bugatti introduced was the Veyron, introduced in 2005 after Volkswagen spent $1.7 billion to produce it . Not everyone was convinced, including McLaren F1 designer Gordon Murray, who called it “the most pointless exercise on the planet.” However, it sold well just the same.

Buoyed by the car’s reception in the marketplace, the company created new versions, the most recent of which is a Sedan that sells for $1.4 million . The company expects to sell between 1,000 and 1,500 units of this car.

$1.7 Million
The McLaren Mercedes SLR Stirling Moss made headlines when rapper Kanye West was seen driving one to a 2009 charity event at Cannes. Only 75 units were made, and they sell for $1.7 million. For that kind of money, one would think it would have every amenity conceivable. However, it’s more notable for what it doesn’t have — a windshield.

Despite this somewhat glaring fact, the car is still designed to reach 60 miles an hour from a standstill in mere seconds. It has a 5.5-liter V8 engine and achieves a maximum velocity of 217 miles per hour, which Top Speed describes as the vehicle’s “rip-your-face-off” rate.

$1.8 Million
The Danish sports car company Zenvo is the manufacturer of the ST1 50S. In 2011, an edition went into production for the U.S. market that was as limited as it gets. Just three of the cars were made, one in red, one in white and one in blue.

Zenvo gave the car a sticker price befitting a rare commodity. It costs $1.8 million , more than double what the original edition costs. However, it’s not like buyers aren’t getting anything for their money. In addition to the twin-charged, 7-liter V8 engine, they also get monogrammed seats and a $49,000 wristwatch.

$2 million
The Aston Martin One-77 was revealed to a chorus of oohs and aahs at the 2009 Geneva Motor Show. As its name implies, it was produced in a run of 77 units. It appeared in the videogames Forza Motorsport 3 and Test Drive Unlimited 2, and in 2009 Top Gear described it as “stunning.”

Despite a $2 million price tag, the two-door coupe with the 7-liter V12 engine sold out its entire production run almost immediately. However, the truly affluent had a brief window of opportunity to really show off and buy the car in India, where it sold for the equivalent of $4.4 million. Why pay less?

$2 million
The Bugatti Veyron 16.4 Convertible carries a $2 million price tag, making it one of the most expensive new cars in the world. However, according to the automotive information website Edmunds.com , buyers will get a “stupendous” car for their money, one that they called “the hardest accelerating production car on Earth.”

The 1,001-horsepower, 8-liter engine has four turbochargers, and it propels the car from zero to 60 miles per hour in two and a half seconds. It can reach a top speed of 253 miles per hour, meaning one could drive it from New York to Philadelphia in 40 minutes, provided there were none of those pesky stop signs or pedestrians to brake for.

$2.9 Million
One of the most appealing features for some luxury car buyers is exclusivity. Not just anyone can afford to buy them, so those who can are clearly a breed apart. Only 20 units of the Lamborghini Sesto Elemento are going to be built, but there are other factors bringing its exclusivity to another level entirely.

Apart from costing a prohibitively expensive $2.9 million , it also fails to meet the safety specifications required to legally operate it in the United States. Therefore, a full 300 million people are barred from ever experiencing the car’s panther-like speed.

”Sesto elemento” is Italian for “sixth element,” which those familiar with the periodic table will recognize as carbon. The vehicle’s chassis is composed almost entirely from carbon fiber. It can reach 62 miles per hour in 2.5 seconds, and the tailpipes are made from the glass and ceramic composite Pyrosic, which can withstand temperatures of over 1,600 degrees Fahrenheit.