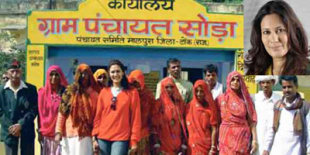 It's a story that's actually many stories.
A village named Soda didn't have water. So the young sarpanch, Chhavi Rajawat (incidentally a young, female MBA graduate) got inquisitive about the funds allocated to the village. Since more had been spent than allocated, she raised funds on her own.
Money came from family and friends - 20 lakh rupees wasn't enough for the Rs 3.5 crore that the reservoir needed.
So Chhavi Rajawat got more even inquisitive about the funds sanctioned to her village. Files at the district headquarters in Tonk revealed a calculation error. Chavi decided to get proactive about the lack of transparency and accountability. Soda thus became India's first IT-enabled village, after tying up with a German software vendor to set up an internet and intranet portal. along with a technology education lab.
The portal allows Soda's 10,000 strong population 24x7 access to the funds sanctioned for the village.
There's also online postings of birth and death certificates, besides posting land records online.
"A fire in Tonk had destroyed land records of many villages," says Rajawat. "This ERP (enterprise resource planning) application will have an electronic database, and store all land records in servers."
Rajawat recently represented India at a recent UN poverty summit. 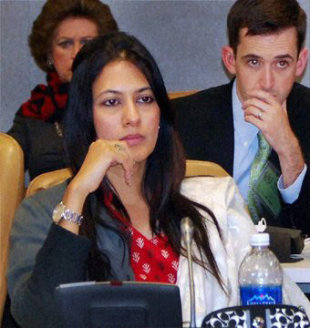 alkadwivedi
"Most youth in the village are unemployed, as they don't have higher education due to absence of a college. We want to change that with e-education," says she.
There's even a website, www.soda-india.in where Chavi posts info about funds allocated for projects such as a village bank, community centre for weddings and cataract surgery for the needy.
Theres even plans to link Soda's portal with the state government's websites.This will make Soda the first fully computerized Panchayat in India. While there has been a sanction by the Central government (Rs 4,500 crore) for the e-panchayat project, matters of fund allocation and project monitoring are not clearly mentioned. (MensXP.com)