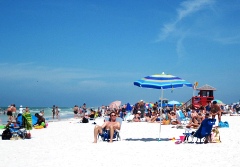 Photo: roger4336
SARASOTA, Fla. – After years as a head-turning bridesmaid in the best-beach rankings, Sarasota's Siesta Beach is finally the bride.

The wide slice of brilliant white sand and warm, emerald water on Florida's southwest Gulf coast was named the best beach in the United States Friday in an annual survey by Florida International University professor Steven Leatherman, who is also known by the friendly nickname "Dr. Beach."

Siesta Beach, 40 acres of almost pure quartz crystal sand on the Siesta Key barrier island, was runner-up in Leatherman's rankings the past two years and was third in 2008.


The 10-mile-long beach at Coronado Island 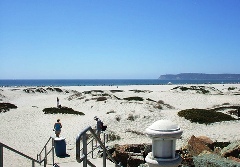 "The sand is like sugar," said Leatherman, director of FIU's Laboratory for Coastal Research. "Some people can't believe it. You have to bring sunglasses because it's so bright. It's super soft, super fine. They claim to have the finest, whitest sand in the world, and I can't argue with that."

Leatherman ranks beaches on 50 criteria, including the look and feel of the sand, water quality, weather, facilities and crowds. A top score is 250. Siesta Beach came in the 230s, losing minor points because the vista is heavy on condos to the north and south of the county park. Once a beach reaches the pinnacle of Leatherman's list, it is retired from consideration for future rankings. 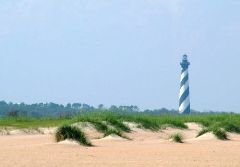 A No. 1 spot on the popular list annual typically brings a 15-to-20-percent boost in visitors for the beach destinations.

"Most days you measure waves over there in inches, not feet," Leatherman said.

Praise for Siesta Beach is no surprise to Leonard and Linda Rush, who vacationed at the beach annually for 20 years when both were teaching in Ohio, then retired and moved to within a half hour's drive of the place. They visit often now, enjoying the "powdered sugar" sand, calm waters, cleanliness and nearby bathrooms.

"It's pretty pristine," 64-year-old Leonard Rush said as he and his wife relaxed in folding chairs gazing out at the Gulf of Mexico one recent morning. "They keep it in pretty good shape. It's got the best sand of any beach." 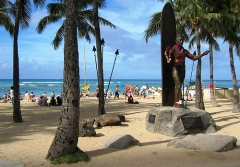 "It's a really wide beach," said 20-year-old Britanica Graves, who lives in Sarasota and visits Siesta Beach often. "It can be crowded and not seem like it's crowded. It's just wide and long."

Parking at the public beach is free, but regulars say that by late morning it can be challenging to find a spot in the 800-space lot.

Leatherman touted Gulf Coast destinations Siesta Beach and St. George Island State Park despite last year's BP oil spill, which soiled parts of the western Florida Panhandle coastline. Siesta Beach and other strands on the state's west coast remained untouched by crude, but BP crews are still scouring places that were affected for scattered tar balls, even though the vast majority of damage has by now been cleaned up. St. George Island, in the eastern part of the Panhandle southwest of Tallahassee, didn't get any oil, but Leatherman knocked it off last year's list because it was in the "line of fire" before the gusher was capped. 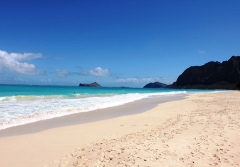 "Even then, when the oil spill occurred, I said oil is not going to get to the Sarasota beaches (and) southwest Florida," Leatherman said. "A big loop current trapped the oil 100 miles offshore. And the oil just spun and spun in the Gulf. And, in fact, right now we can hardly find any of it, even in the areas which did have oil and tar on the beaches in the Panhandle."

Separate from the top 10 list, which is in its 21st year, Leatherman has a project called the National Healthy Beaches Campaign. Campaign member beaches pay $800 a year to be evaluated monthly on 60 self-reported criteria and receive advice on maintaining environmental quality through "proactive management," Leatherman said. He emphasized that beaches do not pay to be evaluated for the top 10 best beaches list, and that he visits top 10 candidates incognito to collect sand and water samples for study.

Leatherman insists that eliminating each year's national winner from consideration in future surveys hasn't diluted the quality of his annual rankings.

"The good thing about the United States is we have hundreds of beautiful beaches," he said. "I can die before I run out of beaches."