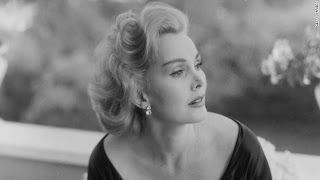 "She got into a little coma," Prince Frederic von Anhalt said.

Gabor was taken to Ronald Reagan UCLA Medical Center Tuesday afternoon because the feeding tube inserted into her stomach was "bleeding ... like a fountain," her spokesman said.

She had been released from the same hospital a day earlier after being treated for pneumonia.

He said she is suffering from a stomach infection.

Gabor, 94, has been in and out of the hospital many times in the past year. She underwent hip replacement surgery last summer and a leg amputation several months later. She has been unable to walk since a 2002 car accident.

The Hungarian-born actress, the second of the three celebrated Gabor sisters, is famous for her many marriages and strong personality.

Posting source: http://edition.cnn.com/2011/SHOWBIZ/celebrity.news.gossip/05/18/zsa.zsa.gabor.health/index.html?eref=rss_mostpopular
Posted by Freelance at 2:08 AM