Book of Fungi Makes Us Want to Go Mushroom-Hunting 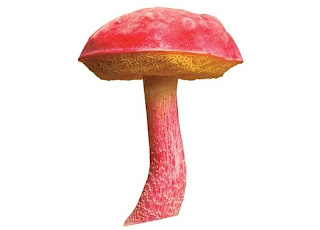 The new Book of Fungi, by Peter Roberts and Shelley Evans, is a couple of kilograms worth of beautiful mushroom book. The lurid photographs and enticing, offhandedly witty descriptions make the reader want to go out collecting specimens right away -- but the hardcover book's glaring flaw is that, with actual-size glossy pictures of 600 species of fungus, it's hardly a portable companion to the wonders of the woods. 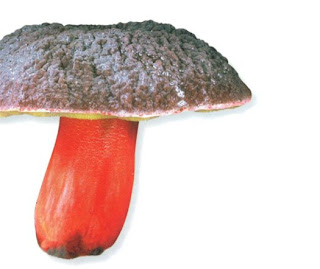 So instead it sits on the desk, where we alternately admire the images (a gallery of which we've pulled together here for your enjoyment); marvel at the collected facts (some fungi use microscopic lassos to rope in worms to eat!); and titter at species names like Drumstick Truffle-Club, Mousepee Pinkgill, and The Sickener. 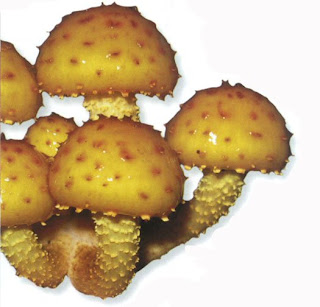 For each species, the book gives an interesting description, including geographical distribution, habitat, edibility, on a scale from edible to unpleasant to poisonous, and other relevant facts. "In the past," we learn, the Woolly Milkcap "was said to have been commonly roasted and added to coffee in Norway, though it is not clear why."