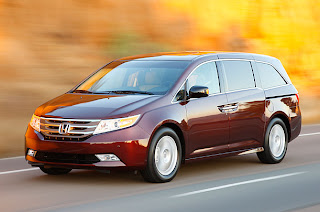 Honda isn't giving up on the family-oriented minivan. The interior of the new Odyssey has gotten a complete makeover that renders the vehicle's cabin roomier and brighter. The Odyssey now comes with an optional rear-seat DVD system with a 16.2-in. (41 cm) screen — with split-screen capability, in case the rear-seat passengers can't agree on what to watch — and a navigation system that gives updates on traffic conditions around the vehicle. The exterior has also been redesigned, giving the car a sleeker, more aerodynamic look. The Odyssey is powered by a V6 engine and still comes with sliding doors. Starting price is $29,000. 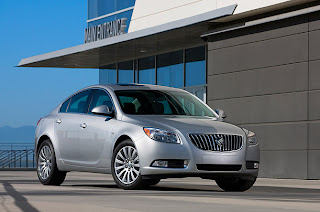 General Motors is rebuilding the Buick brand, and the 2011 Regal is a good start: the car comes with a larger backseat from China; a nicely tuned, European-style suspension from Germany; and a high-tech, fuel-efficient, four-cylinder American motor, all of it wrapped into an understated exterior design. The engine — which produces 182 horsepower — is matched with a six-speed transmission that, on average, will get 23 miles per gallon in city driving and 30 m.p.g. on the highway, according to GM. The Regal's comfortable interior is large enough to satisfy Buick's traditional customers, but at the same time, its crisp steering and handling give the nimble feel of a smaller car. Starting price is $26,000. 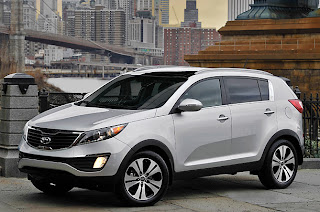 Kia continues its quest to satisfy young, hip urban buyers looking for something different in their personal vehicle by giving the Sportage a complete makeover for the coming model year. The 2011 Sportage has been equipped with electric power steering, which improves the overall handling and boosts the fuel-economy rating of the new four-cylinder engines to 23 m.p.g. in the city and 31 m.p.g. on the highway. The exterior design moves away from the boxy styling of the past and includes versatile features like an easy-to-use rear liftgate, and the vehicle manages to provide ample cargo space despite its relatively compact size. The Sportage comes with a backup camera, a navigation system and dual-zone climate controls. Starting price is about $19,000. 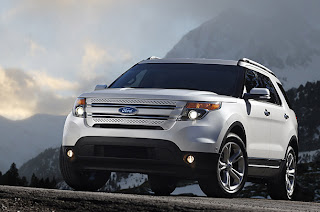 Ford isn't ready to give up on the sport-utility segment; it has made some big changes to the 2011 Explorer to make it more fuel-efficient. The new Explorer has been switched to a unibody construction (replacing the old-fashioned body-on-frame architecture), so the vehicle is lighter and less cumbersome. The result is a smoother ride, say Ford's engineers. The vehicle's handling has been given a boost with the inclusion of a steering system with electric power assist, while its fuel economy has been improved by a new, more efficient engine that delivers 17 m.p.g. in the city and up to 25 m.p.g. on the highway. The interior, which retains its roomy, family-friendly character with seating for seven, has been revamped to make it more luxurious. The vehicle also comes with the latest communications gear from the Ford-Microsoft combine. Starting price is $28,000. 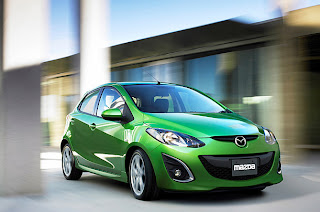 Mazda convincingly demonstrates that subcompact cars don't have to be dull. The Mazda 2 gets 100 horsepower from its 1.6-liter engine, while a solid suspension and excellent steering give the car great presence on the road. The car comes with a neatly finished interior that is surprisingly roomy and capable of carrying a passenger or two as well as their luggage or gear. It also has an excellent sound system and a handy fifth door in the rear. The short wheelbase makes it easy to park in tight, urban spaces, and it comes with a full range of safety equipment, including six airbags, antilock brakes, traction control and stability control. Starting price is $14,000. 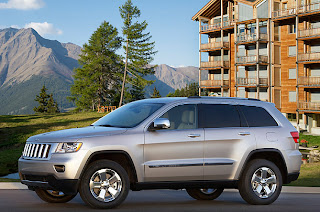 Having been around for 70 years, Jeeps are a part of American culture, and the newest version of the Grand Cherokee should be able to satisfy customers who like the brand's rugged heritage for several more years. The Chrysler Group has made the 2011 Grand Cherokee more refined on the inside, more fuel-efficient (with a V6 engine that gets 16 m.p.g. in the city and 23 m.p.g. on the highway) and more comfortable overall. The suspension has been completely reworked to make the Grand Cherokee steadier and less harsh on the highway. But the four-wheel-drive version retains the ability to go off-road in places where most SUVs get stuck. Starting price is $30,000. 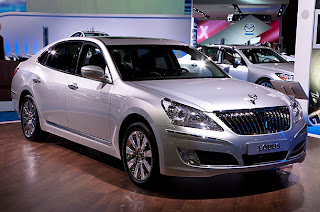 A large, rear-wheel, luxury sedan powered by a 385-horsepower V8 engine, the Equus represents Hyundai's bold challenge to expensive cars built by American, Japanese and German carmakers. The Equus' sleek design reduces drag, helping it get almost 24 m.p.g. on the highway. The car comes with an elaborate electronic package, including an entertainment system with 17 speakers for anything from an iPod to HD radio to compact discs, a high-definition navigation system, a lane-departure warning system and electronic vehicle-stability management. It is equipped with nine airbags and a rear seat befitting a limousine and comes with Hyundai's standard 10-year warranty. Starting price is $57,700. 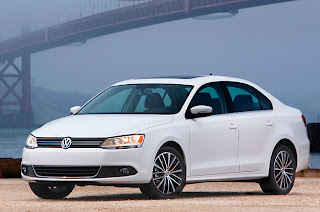 The all-new 2011 Jetta is Volkswagen's effort to reclaim a piece of the huge compact-midsize segment, where Japanese and American cars have enjoyed a big edge. The Jetta sits on a compact wheelbase, but it has ample interior space, while the exterior styling quietly emphasizes the car's European roots. The 2.5-liter engine delivers 170 horsepower and gets 22 m.p.g. in the city and 30 m.p.g. on the highway. The drivetrain meshes nicely with the new Jetta's sporty ride and handling. It comes with a full list of comfort and convenience features, like a brake-pad-wear indicator, a multifunction trip computer that tracks time and distance as well as average speed and fuel consumption. Starting price is $17,000. 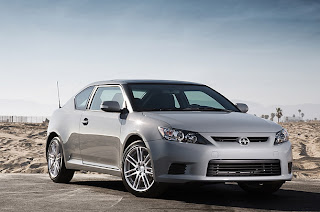 The Scion tC is like the cars Toyota used to make before the company became part of the automotive mainstream. It's a subcompact car with a nifty interior that brings the gauges and controls close to the driver. It also has a solid feel on the road, excellent brakes, steady ride and handling and good fuel economy: 23 m.p.g. in the city and 31 m.p.g. on the highway. Equipped with a 180-horsepower engine, it comes with either automatic or manual transmission as well as well as a youthful, contemporary exterior design. Starting price for the automatic model is $19,900. 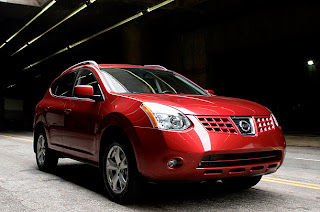 Nissan has made artful small vehicles for years, and the Rogue, a compact utility vehicle, returns to the tradition with a versatile interior capable of hauling cargo or luggage and sports gear, while its 2.5-liter four-cylinder engine will get 22 m.p.g. in the city and 28 m.p.g. on the highway. The Rogue comes with a long list of features, including xenon headlights, heated outside mirrors, UV-reducing glass, remote keyless entry and a fold-down passenger seat for extralong cargo. Starting price is $20,810. 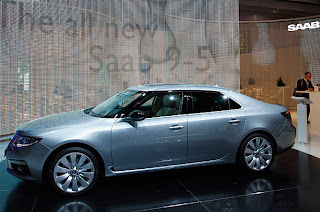 Like a patient with an active lifestyle who endured a long hospital stay, the Swedish carmaker is eager to show that it is ready for competition with the Saab 9-5, the first all-new version of the model in 13 years. It comes with a top-notch suspension, crisp steering, a turbocharged engine that can take the car from 55 m.p.h. to 90 m.p.h. (about 90 km/h to 145 km/h) in an instant, a comfortable interior with a cockpit modeled on those found in airplanes, and a starting button in the center console. The new 9-5 also has a new electronic feature that uses GPS data to keep the driver informed about the speed limit on the road, placed in the middle of the instrument cluster, right next to the speedometer. Starting price is $47,600. 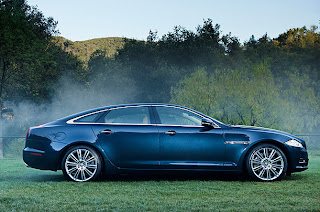 Gorgeous styling both inside and out have made the new Jaguar XJ one of the most eye-catching vehicles to debut this year. The exterior, with its bold grille and elegant rear-quarter panels, revives Jaguar's long tradition of producing unique designs that stand out on the road and are almost instant classics.The XJ's interior is luxurious and reinforced by levels of craftsmanship and attention to detail that are hard to match. The car's long wheelbase, rear-wheel-drive layout and five-liter V8 engine with 385 horsepower should ensure a comfortable ride under all sorts of conditions. Starting price is $72,700.