Anna Kournikova to Replace Jillian Michaels on The Biggest Loser 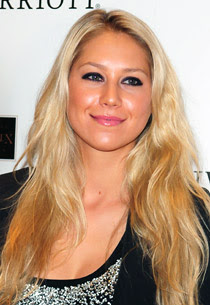 Anna Kournikova has been tapped to replace Jillian Michaels on NBC's The Biggest Loser, Vulture reports.

The Russian tennis pro's hiring is part of skewing the show "away from just the tape measure, and getting into overall well being and health," executive producer Todd Lubin told the site.

Kournikova, 29, previously appeared on the series in Season 10, when she set up a tennis-themed workout for the contestants. After that, there were apparently talks to develop a show just for her, but she joined Loser instead.

Along with Michaels, trainers Brett Hoebel and Cara Castronuova, who joined the show this season, are also not returning.

Reps for the NBC series did not immediately respond to TVGuide.com's request for comment.