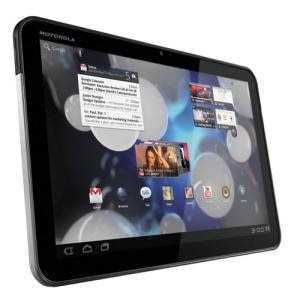 The tablet market is growing by leaps and bounds and Apple with its iPad is the source of much of that growth. There are a number of Android tablets on the market today, but they aren't selling well and some users are complaining about the Honeycomb operating system and the availability of tablet-specific apps.

Analysts have agreed that the tablets are taking market share from the notebook and netbook, but the outlook for tablets overall has taken a downturn recently. The reason that the estimates for overall shipments by analysts are changing has to do with the sinking popularity of Android tablets. While Android offerings are seeing estimates for shipments cut, the iPad is actually being increased.
Jefferies analyst Peter Misek noted about six months ago that the forecast for 2011 tablet sales was 100 million. After a recent poll of consumers, Misek has changed his predictions by a whopping 30% reports eWeek. He believes that 70 million tablets shipped is a more realistic expectation.

Misek wrote in a research note, "We now believe 70 million to be more realistic due to: 1) Android 3.0 Honeycomb needing polishing, and 2) Android tablets that are priced too high."

Misek also thinks that if tablet makers like Motorola and Samsung want to compete with the iPad, they are going to need to take a hit and cut the price. Bill Shope from Goldman Sachs also lowered the overall estimates for tablet shipments in 2011 and 2012. The decline was due to reduced estimates for Android tablets, the estimates for iPad shipments actually increased.

NVIDIA CEO Jen-Hsun Huang has also said that for Android tablets to be competitive, they need to be cheaper. NVIDIA has a vested interest in the Android tablet market since his company makes the Tegra processors that many of the newest Android tablets use.