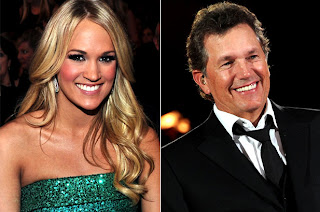 According to published reports, Underwood and Strait have both selected songs that the two teens will sing this evening. Additionally, the two will perform personal selections from Season 10.

This week will also be the first time "American Idol" fans get to hear the single debuts by both of the finalists. The blog, Taste of Country, revealed yesterday that Scotty's single is titled "Love You This Big" and Lauren will unveil her version of Kristy Lee Cook's "Like My Mother Does."