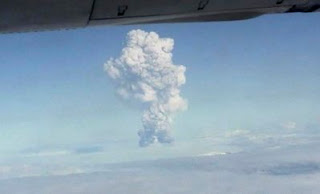 REYKJAVIK, Iceland – Iceland's most active volcano has started erupting, scientists said Saturday — just over a year after another eruption on the North Atlantic island shut down European air traffic for days.

Iceland's Meteorological Office confirmed that an eruption had begun at the Grimsvotn volcano, accompanied by a series of small earthquakes. Smoke could be seen rising from the volcano, which lies under the uninhabited Vatnajokull glacier in southeast Iceland.

A no fly zone has been designated for 120 nautical miles (220 kilometers) in all directions from the eruption. Isavia, the company that operates and develops all airport facilities and air navigation services in Iceland, described this as standard procedure around eruptions. 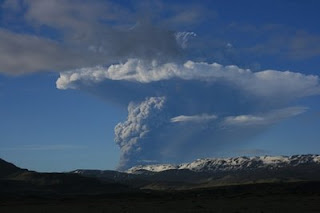 "The plume of smoke has reached jet flying altitude and plans have been made for planes flying through Icelandic air control space to fly southwardly tonight," said Hjordis Gudmundsdottir, the spokeswoman for Isavia.

Grimsvotn last erupted in 2004. Scientists have been expecting a new eruption and have said previously that this volcano's eruption will likely be small and should not lead to the air travel chaos caused in April 2010 by ash from the Eyjafjallajokull volcano.

History shows that previous eruptions in Grimsvotn have not had much influence on flight traffic — unlike the massive disruption caused last year. 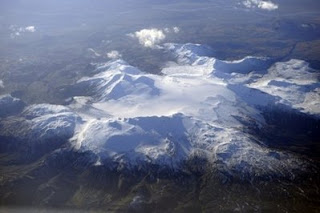 Pall Einarsson, geophysicist at the University of Iceland, said last year's eruption was a rare event.

"The ash in Eyjafjallajokull was persistent or unremitting and fine-grained," Einarsson said. "The ash in Grimsvotn is more coarse and not as likely to cause danger as it falls to the ground faster and doesn't stay as long in the air as in the Eyjafjallajokull eruption."

A plane from the Icelandic Coast Guard carrying experts from the University of Iceland will fly over the volcano and evaluate the situation. 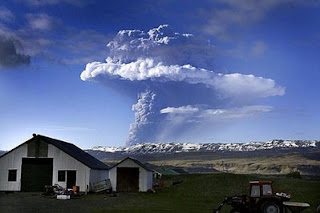 Sparsely populated Iceland is one of the world's most volcanically active countries and eruptions are frequent.

Eruptions often cause local flooding from melting glacier ice, but rarely cause deaths.

Last year's Eyjafjallajokul eruption left some 10 million air travelers stranded worldwide after winds pushed the ash cloud toward some of the world's busiest airspace and led most northern European countries to ground all planes for five days.

Whether widespread disruption occurs again will depend on how long the eruption lasts, how high the ash plume rises and which way the wind blows.

In November, melted glacial ice began pouring from Grimsvotn, signaling a possible eruption. That was a false alarm but scientists have been monitoring the volcano closely ever since.

Jill Lawless and Danica Kirka in London contributed to this report.

AP – Images taken from amateur video, smoke from the Grimsvotn volcano, Iceland is seen from a plane.